Fresh focus on O’Hanlon ahead of All-Ireland semi-final 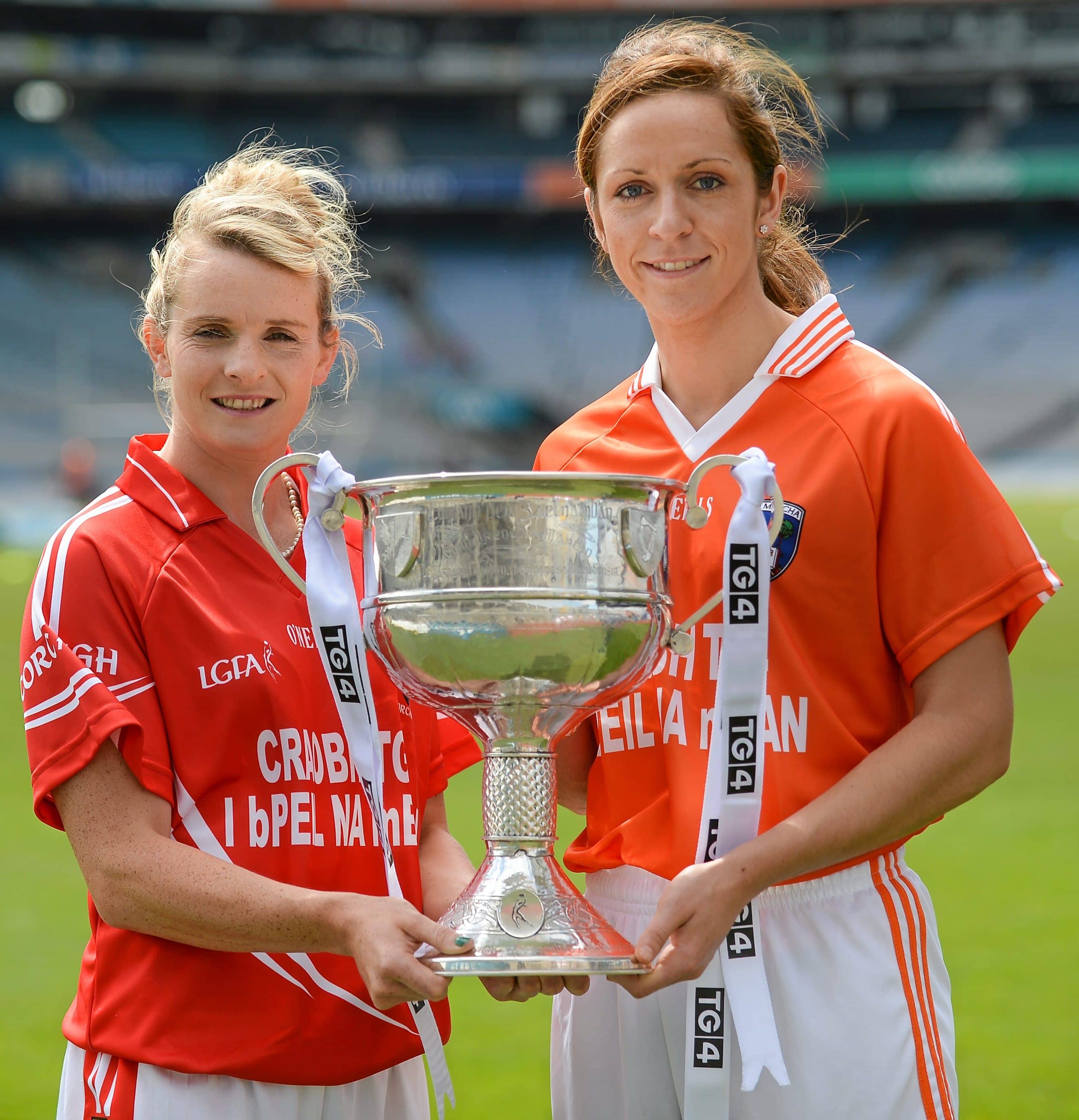 Turning 30 last Friday is helping focus captain Caroline O’Hanlon on Armagh’s golden opportunity to reach what would be only their second ever All Ireland semi-final.

Her Orchard crew will meet beaten Leinster finalists Laois this Saturday (Tullamore, 4.15pm) in the last eight of the TG4 Senior Championship, a good draw on paper which O’Hanlon is determined to make the most of.

A win would be the perfect present for birthday girl O’Hanlon who has had little time for celebrations with the full focus on extending what has already been a special summer of sporting success for the remarkable Bessbrook woman.

However within 24 hours of returning from Scotland, the Carrickcruppen player was back on the football field for a challenge match against neighbours Down.

This has been a special summer for O’Hanlon, who in a magical July lifted the Ulster Championship trophy in a packed Clones before shining on the Commonwealths stage, but busy schedules are nothing new to the multi-talented doctor.

In the summer of 2012, she returned from a tough netball tour to South Africa and delivered a superb performance in the All Ireland Intermediate Championship match against Down less than three days after a titanic tussle in the third Test in Cape Town.

Two years on, O’Hanlon is still successfully combining both sports and once again is returning from international netball duty with an All Ireland title in her sights though this time it is the top prize.

Armagh have waited seven long years to return to this stage of the Senior Championship and the commanding midfielder is determined not to let this opportunity pass.

“This is maybe my 14th season with Armagh but only the third All Ireland quarter-final so it’s a massive match which is very easy to get up for, a precious chance we want to make the most of,” she insists.

“I enjoyed every minute of the Commonwealth Games, which was an exceptional lifetime experience and I’m proud of how Northern Ireland did in the netball but now it’s all about Armagh again.

“Throughout my career I’ve always looked towards the next thing, quickly moving on from highs and lows. It has to be that way, given the busy schedules and obligations to teams in separate sports.”

O’Hanlon switched seamlessly to elite international netballer after the special Clones celebrations and, likewise, while her netball team-mates returned from Glasgow relishing the prospect of a well-earned rest, Caroline was already looking forward to getting back into the hard work.

“These are exciting times for Armagh football for we’ve such a positive set-up with a very committed management team and a great mix of experienced players and younger girls really making their mark. There’s fantastic spirit and great potential.

“I feel fit and strong and completely positive right now. Sport has its ups and downs but this summer especially every effort feels well worthwhile,” says O’Hanlon, who has returned to work at Daisy Hill Hospital after taking a year out to do a Masters at Queen’s University on their Elite Athlete Programme.

“The timings of fixtures have worked out brilliantly so I haven’t had to choose between teams and thankfully I’ve been blessed with an injury-free run during the doubling-up period.

“I’ve had absolute support from the Armagh gaelic community regarding the Commonwealth Games so owe it to everyone to be properly prepared physically and mentally to produce my best in this big game.

“Who knows what this team can achieve but we’ve been building game by game and never looking beyond the next test. Rather than making brash statements, when we meet our objectives we just set our sights higher and work even harder.

“The top priority was promotion from NFL Division Three and then reaching the Ulster final was our next target so once we’d got there the pressure was off and we wanted to have a real crack at winning it in spite of being big underdogs.

“There were similarities between the Ulster final and Commonwealths campaign in that after beating Scotland to secure our objective of a top eight place we went out against Wales with a sense of opportunity rather than settling for what we’d achieved.

“Just as we’ve done all year, we’re going into this All Ireland campaign with feet firmly on the ground but setting no limits either. There’s maybe more people talking about Armagh now after winning Ulster but the hype hasn’t been excessive.

“The fact two of our Ulster Championship matches were curtain-raisers with big crowds means we’re used to big games and can take confidence from handling those occasions well so I wouldn’t worry that this is a first All Ireland quarter-final for more than half the team.

“Beating Monaghan made headlines nationally but the pressure is still on our opponents as we’re the lower ranked outsiders so they’ll feel they should be beating us.

“However whereas Northern Ireland simply can’t compete with the very top teams in netball, there’s now no fear factor for Armagh facing any county after scaring Cork a year ago and our pleasing progress since.”

In spite of her recent exertions, Laois will face a fresh, hungry, confident O’Hanlon who unsuprisingly seems relaxed about turning 30 given that she seems at the peak of her powers based on exceptional personal performances this season.

“It’s probably seen as a big birthday in most sports but because I’ve never felt fitter and things have been going well on all fronts, it feels less of an issue than might otherwise have been the case,” Caroline reflects.

“I’ve had a particularly busy schedule so far this year but this has been a very special period and you want to keep surfing those highs. Any bit of success simply whets the appetite for more and Armagh are in a better place now than we have for many years.

“Perhaps hitting 30 serves as a reminder that there’s more time behind you than ahead as a sportsperson but that just spurs me on to make the most of it, appreciate every minute and put in the extra effort to take every chance,” is her typically positive perspective.