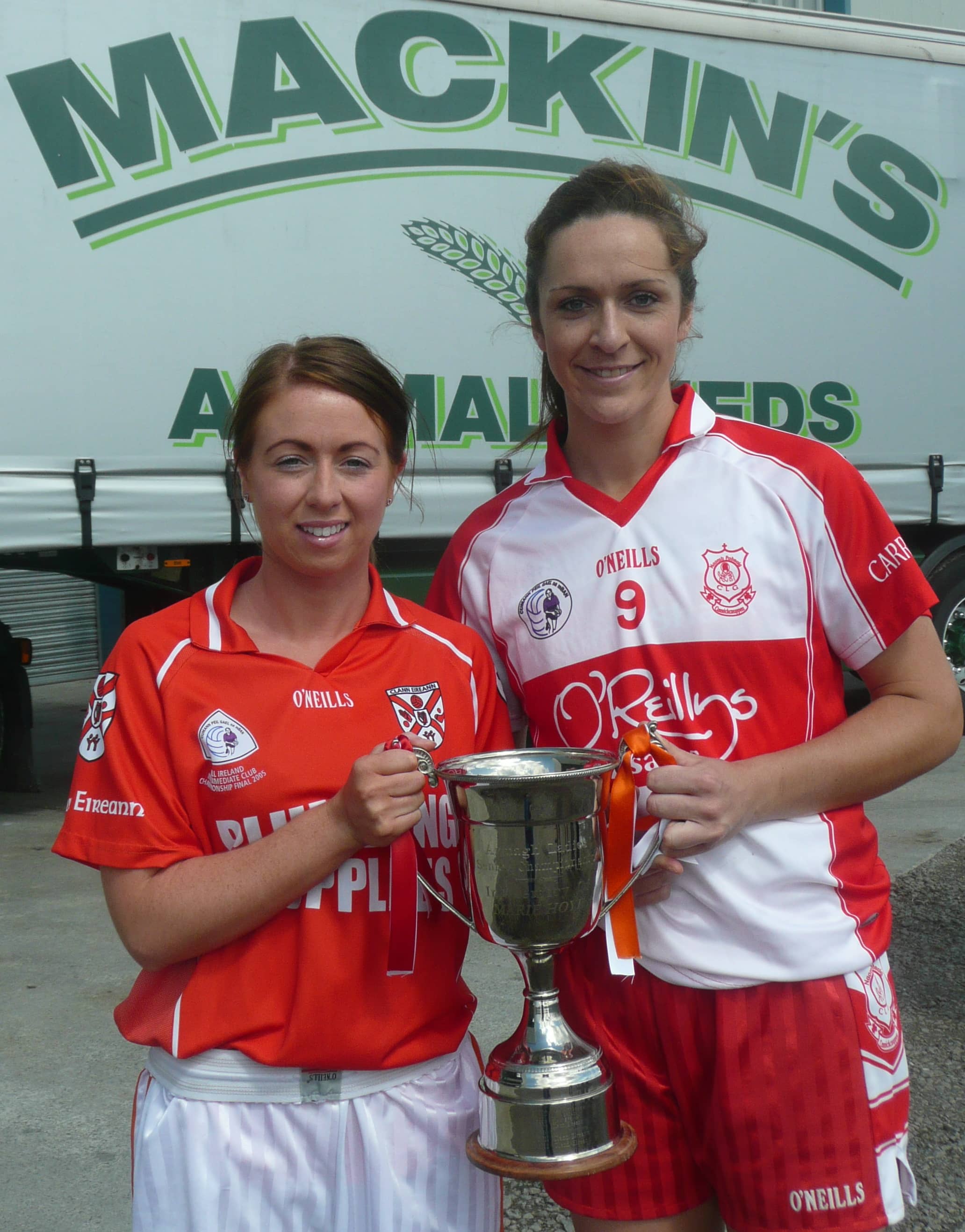 CAROLINE O’Hanlon admits that having a senior county final to prepare for is helping park regrets regarding Armagh’s All Ireland exit, but Sunday’s showdown with champions Clann Eireann (Athletic Grounds, 5pm) is about much more than that for the Carrickcruppen captain.

She’s still struggling to rationalise her confused failure to go for the posts with a difficult free which could have earned Armagh extra time against All Ireland champions Cork, though a sluggish scoreboard may have been to blame.

“But the club Championship has helped me park that frustration for now – it was straight back down to the club the next night and nice to have something positive to focus on.

“However anyone who says that the county final is simply a well-timed distraction from feeling sorry for myself doesn’t understand the strength of feeling for our club and how important this match is.

“Trying to win a second county title with Carrickcruppen would matter massively to me whether we’d beaten Cork or not.  Your club is special and our first senior success in 2010 is among my most treasured moments in sport.”

That triumph over champions Clann Eireann owed much to an inspired skipper’s performance from O’Hanlon, who top scored with 1-6, but her hat-trick of goals in the following final against the same opposition wasn’t enough to retain the trophy.

Last year, Carrickcruppen had an eight point lead just before half-time in the semi-final but were relentlessly reeled in as star-studded Clann went on to take a fifth county crown in six seasons.

“We’ve great respect for Clann Eireann’s consistent success over the past decade but we’ve given them good games in recent years and feel like we left those last two behind us,” she reflects.

“That’s why we’re really hungry for another chance and although they’ve a great record and strong team we can draw confidence from our performance in that first half of last year’s semi, which was probably our best ever.”

Carrickcruppen’s preparations have been boosted by their captain persuading her former Orchard boss Lorraine McCaffrey to come on board in a managerial role with Bredagh clubmate and former Armagh goalkeeper Fionnuala McAtamney.

“They’re really excellent and we’re absolutely delighted to have someone of that quality coming in with a fresh eye but also a good knowledge of Armagh football,” O’Hanlon enthuses.

“They’re showing fantastic commitment, travelling from Belfast, and our girls have really responded.  Sure, we haven’t had much time together but knowing we only had a few weeks has enabled everyone to sustain the intensity.

“Another advantage of having limited time is that we’ve concentrated on ourselves rather than thinking too much about Clann Eireann’s record or personnel or anything not really relevant that we can’t control anyway.

“They have to be favourites with the track record they have, being county champions in five of the last six seasons, and they’ve any number of capable, experienced players but we’ve proved previously we can compete with them so we shouldn’t lack confidence,” she says.

“We’ve great respect for Clann Eireann’s achievements but have a point to prove after feeling we’ve left it behind us those past couple of Championship matches against them.

“They’ve a formidable record but Carrickcruppen are a relatively new senior side whose aim is to keep improving.  We can only look after ourselves, try to produce our best on the day and hope it’s good enough.”