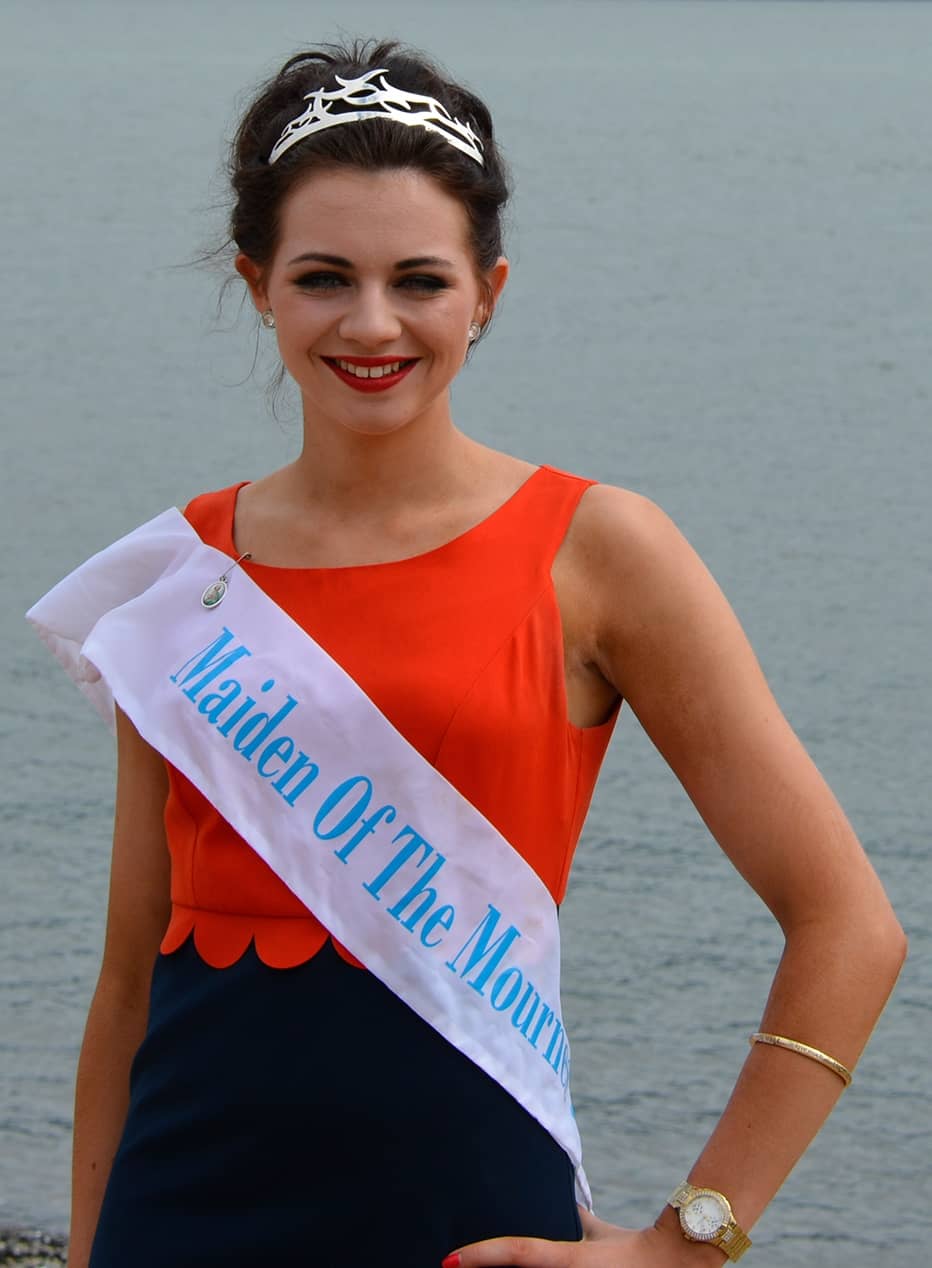 CLAIRE O’Callaghan has already one tasty title to her name ahead of Dorsey Emmetts’ bid for Mackin’s Junior Championship glory this weekend.

In sport, the acronym MOTM usually signifies man-of-the-match but in the recently-crowned O’Callaghan’s case it stands for Maiden of the Mournes!

However Dorsey’s sole senior county panellist is more than happy to get down and dirty in the quest for further honours as she swaps the festival’s red carpet for the hallowed green grass of the Athletic Grounds on Sunday.

Talented attacker O’Callaghan will have an important role to play as Dorsey attempt to add Junior Championship success to the Division Three title they lifted last week by confirming top place in the table.

Although her Armagh appearances have been limited to a couple of cameos against lowly Wicklow and Wexford in the National League back in the spring, young O’Callaghan is regarded as a promising prospect.

However the Belleek lady is a virtual veteran compared to some of the opposition line-up as an exceptionally young and exciting Shane O’Neills outfit stand in Dorsey’s way.

The designation ‘Junior’ in the case of this final refers to its third tier status, but it would be equally applicable in a youth context given the strikingly low average age of the Shane’s side.

The Camlough club also feature a single county player in 17-year-old Louise Kenny, who made her Armagh debut against Cork last weekend, while considerable attention will also focus on the multi-talented Aimee Mackin.

Armagh Under 16 gaelic captain Mackin is a youth international soccer star, having represented Northern Ireland up to Under 19 level and the Newry City forward is tipped to have a bright future in that sport.

Mackin is pictured here in action on the night Northern Ireland knocked England out of the Under 17 European Championships while O’Callaghan is seen sporting her Maiden of the Mournes crown.

But even those treasured successes in other arenas would struggle to match the joy either girl will feel on Sunday if they can help their local club left a county title.

“Getting Maiden of the Mournes was unreal like and something totally different but bringing the Armagh Championship trophy back into our club would be absolutely brilliant especially after the heartbreak of losing last year’s final,” says O’Callaghan.

Whether or not Shane O’Neills can prevent a notable Dorsey double in 2013, they seem set to be a force to be reckoned with in the years ahead with the ultimate aim of challenging neighbours Carrickcruppen.

They have reached the decider by beating Mullabrack, Pearse Og and Forkhill while last season’s beaten finalists Dorsey defeated Eire Og and then Keady in the semi-final last Sunday.