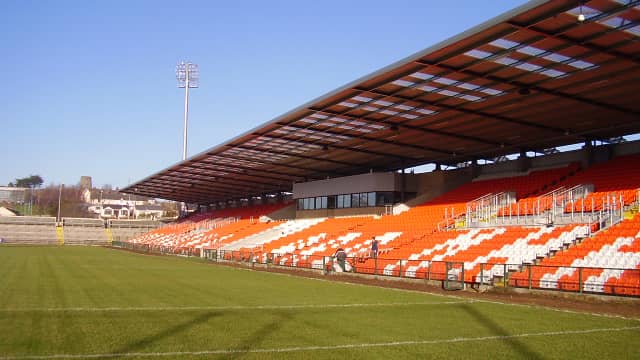 The holders rattled Granemore’s cages at the beginning of this one. Marty Aherne scored 1-01 in the opening 80 seconds of the contest.

Although Granemore didn’t fall over, a free kick from Declan Doyle and a superb score from Pete Carr helped bring them into the game.

Jamie Clarke responded for Crossmaglen, but Granemore rallied forward again with Doyle converting another two frees – the second of those was awarded after Paul McKeown clumsily lifted the ball off the ground, 20 yards from goal.

Cross’ landed a deadly blow on the 24th minute, Aaron Kernan found Jamie Clarke close to goal, who put Marty Aherne straight through with a slick pass – Aherne powered the ball past Mullen in the Granemore goal.

Jason O’Neill teed up Declan Doyle, who was superb in the opening 30 minutes, which meant his side went in at the break trailing by just four points (2-06 to 0-05).

Rangers came out a different side in the second half – scoring three in the opening five minutes through Michael McNamee and the Kernan brothers, Stephen and Aaron.

Aaron Kernan almost grabbed a goal, he broke through the Granemore defence but his first shot was well-saved by Mullen, and his rebound struck the post, before the ball was collected on the line and cleared.

The third goal of the game completely blew Granemore out of the game. Stephen Kernan lofted a classy ball to Marty Aherne who kindly passed to Clarke, the Armagh forward made no mistake – slotting low into the corner.

Former Armagh star Aaron Kernan added another fine point, coming off the right flank and slotting over with his ever accurate left foot to stretch the gap to 16 points.

Granemore ended a 20 minute scoreless spell through Rory Conroy, but Cross’ came right back at them – Micheal McNamee and another point from man of the match candidate, Paul Hughes.

Crossmaglen go sailing confidently into Round 2 of the Senior Championship after this 4-15 to 1-07. The holders have been paired with Steven McDonnell’s Killeavy men.