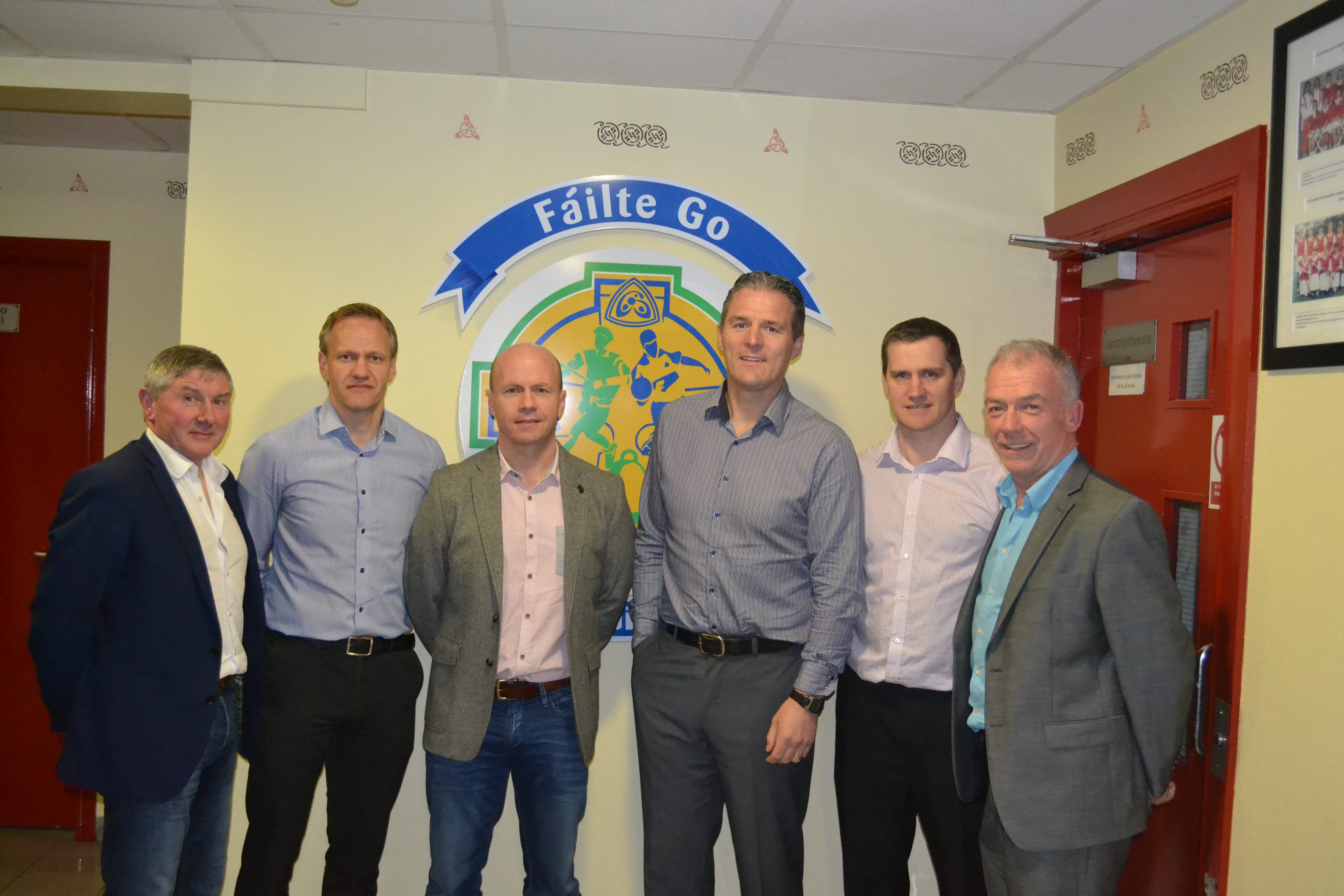 Jarlath Burns, who was MC on the night played his part fantastically well, introducing Martin McHugh, Peter Canavan, John McEntee and probably the bravest of them all, Pat McEneaney, to the stage.

Tyrone great, Canavan, opened the main discussion by offering his opinion on the upcoming Ulster Championship, which kicks off on May 17. He was quick to dismiss his home county’s chances this year, claiming that the draw has left them with an impossible task.

Martin McHugh backed him on that point and criticised the system claiming it was unfair on the Ulster teams and stated that it was ‘time to look at the whole thing again’. Mainly because the advantage was swaying far too favourably for the likes of Dublin and Kerry.

Pat McEneaney, just like he did in his refereeing days, responded with a few interested words to the arguments put forward. “In the GAA you have three types of players, good players, very good players & elite players, Ulster doesn’t have enough elites.” The Monaghan man believes only Michael Murphy and Conor McManus are currently at that level, with Jamie Clarke falling slightly short.

The night continued in a friendly manner, with much of the audience getting involved in the discussion by asking some intriguing questions.  And made the most of an opportunity to directly communicate with current Armagh manager, Kieran McGeeney, who was a special guest at the event.

The final question was an absolute clinker. One member of the audience got the panellists thoughts swinging when he asked who they felt Armagh’s best player was in those golden years, between 1998 and 2005.