Cavan may not appeal punishment; Armagh definitely will 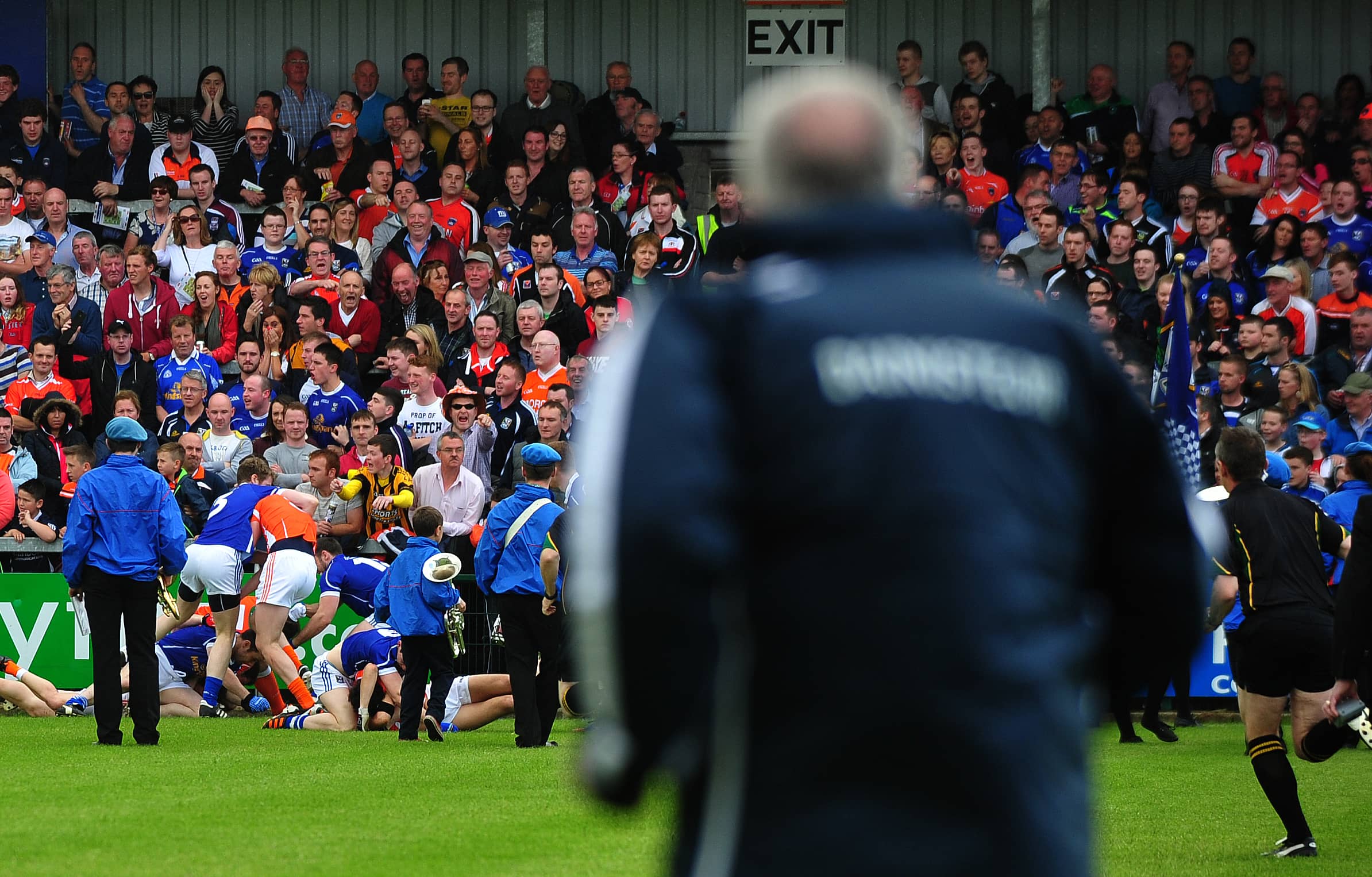 The Cavan County Board have indicated that they may accept their part in last Sunday’s Ulster Championship fracas at the Athletic Grounds.

Cavan, along with Armagh, have been fined €5,000 and players suspended, however, the Orchard county said they will contest the decision. Armagh manger, Paul Grimley races towards the pre-match melee to alleviate the situation at the Athletic Grounds on Sunday. Picture: Conor Greenan

Brendan Donaghy, Kieran Toner and Andy Mallon all received a one match ban arising from the mass brawl.

Martin Dunne, who was badly injured in the melee, and Fergal Flanagan have also received a one match suspension.

If Armagh’s appeal proves unsuccessful the first-team trio will miss their Ulster Championship semi-final clash with either Monaghan or Tyrone on June 28.