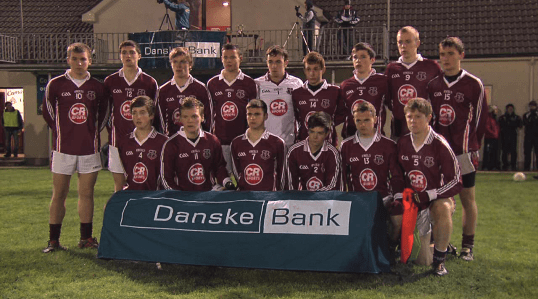 SAINT Paul’s High School Bessbrook booked their place in the MacRory Cup Semi-Finals for the first time with an impressive win over neighbours Abbey CBS tonight.

The 2012 MacLarnon Cup champions battled to a 1-09 to 0-07 over the Newry side in a floodlit Pairc Esler with the help of a blistering first-half display from Ciaran O’Hanlon.

O’Hanlon hit all his side’s scores as they built up a 1-03 to 0-03 half-time lead but St. Paul’s were made to sweat as the Abbey narrowed the deficit to a solitary point after the restart.

Abbey defender Oisín McCabe was dismissed after a second yellow card before Bessbrook hit five unanswered points to finish in style and lay down a marker for the semi-finals.