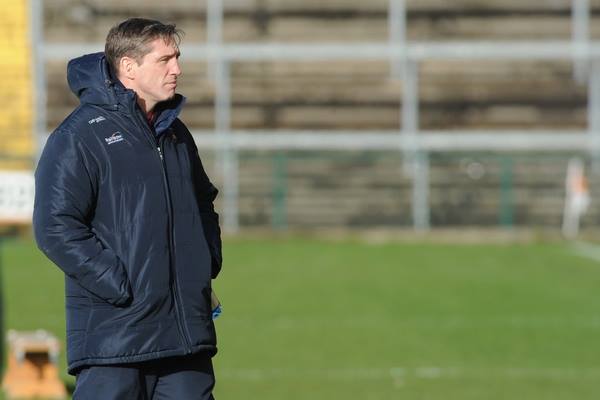 Armagh were outclassed across the field against a deadly Donegal side in the opening game of their Championship campaign. Armagh I have taken a look at some of the things we learnt today:

The day started ever so brightly, the sun was shining, a sea of orange spread across the town, a great buzz was building. Armagh’s chances were being hyped up in the media – columnists stating that this could be Armagh’s day if things go right, the RTE panel even gave them a chance – 35 minutes later Spillane labelled Armagh as ‘lads serving drink on the titanic’.

Nobody really knew what this Armagh side was made of, coming into the game. The squad constantly rotated throughout the Dr McKenna Cup and National League campaign. They comfortably earned promotion from Division 3, but did so without any major tests.

Teams need to build momentum by engaging in testing battles – last year they took on Cavan, engaged in two deadly encounters with Monaghan, overcame an upcoming Roscommon side and Tyrone, before arriving for the big games at Croke Park.

This year Armagh were threw right into the deep end, fighting against an experienced Donegal side that have competed in the top division in recent months and are very much zoned into Championship mode after their preliminary clash with Tyrone. McGeeney will have learnt a lot from his team’s display, and the players will learn from the mistakes they made. Don’t expect this to be the beginning of the end.

Armagh focussed too much on Donegal’s system rather than using their own strengths. Geezer clearly put a lot of thought into the tactics and drew out a plan he felt was best for the challenge, many players were played outside their preferred positions. Micheal McKenna, a youngster who has been great playing in a central role was forced out onto the wing, Caolan Rafferty an out and out half forward played in defence – that was just two of many.

The players seemed alarmed when this system got off to a dreadful start, Donegal took a five point lead after 11 minutes. Subconsciously many seemed to be to be ignoring instructions and doing what they felt was best for their team, Geezer said to BBC Sport after the match: “We went out in the first half and did everything we were not supposed to do.”

It was a panic fest, players were running themselves out of the game, chasing shadows and Donegal were enjoying every second of it. They invited Armagh right into their trap and the boys in orange fell right into one very dark hole.

Passing was a problem

It would be interesting to get an accurate statistic on passing accuracy from today’s match, because some of it really wasn’t nice to watch. Donegal’s big, bright yellow wall halted Armagh superbly. The home side tried to remain patient and wait for one of the players on the inside to work their way into space, the space simply never arrived.

This resulted in ponderous passing, and when the direct pass was launched, it was doing so due to forced pressure rather than chosen choice. Donegal on the other hand were being condemned for their style of football in some sections, but what spectators viewed today needs to be appreciated.

Donegal played 11 direct balls into Armagh’s full back line in the first half – McBrearty, Mac Niallais and Gallagher punished the home side heavily. The playful passing only began when a strong lead had been built, and why not? They strangled out the game without putting themselves under any unnecessary pressure.

Some are still learning

Many young faces made an appearance today – with Matthew McNeice, Andrew Murnin and Micheal McKenna all making their Championship debuts. But some of that inexperience hurt Armagh at times. James Morgan, was caught out in the third minute, the Crossmaglen man was ball watching when he should have been standing goal side of Paddy McBrearty – the deadly forward slotted home.

McKenna, one of the star men of Armagh’s Division 3 success, had a reasonably quiet day. The Grange man played out on the left, and just didn’t look settled in that wide role – his game came to an early end on the 28th minute.

Andrew Murnin was well overdue his big moment, the St Paul’s forward was fantastic for his club last season and showed some positive signs in recent months for Armagh. Unfortunately he was up against the McGee brothers and Paddy McGrath in the Donegal fullback line in his big debut.

He showed sparks of capability but couldn’t get enough freedom to take control and enjoy that target man role.

Today will be a learning curve, Armagh now know just how much work needs to be done to reach that top level. Don’t forget, Donegal’s rise to the top was triggered by a trouncing in Crossmaglen five years ago.

Mark Shields was ruled out of today’s match with an injury suffered in training. Today we got an idea of how important he is to the Armagh setup. Of course it would be silly to say that Mark would have made the pivotal difference and prevented Donegal from dominating.

But the Armagh half back would have been a great composed addition to the today’s starting 15, putting that extra bit of bite into defence and keeping others concentrated. He has got a great amount of experience, a steady pair of legs, and is one of the most calm and collected characters in the squad.

Caolon Rafferty filled his slot today and can’t be condemned, he put a massive effort in – but just isn’t a direct replacement in half back. Shields’ injury was a problem for his side today and Geezer will be hoping to have his trusted tackler back soon.