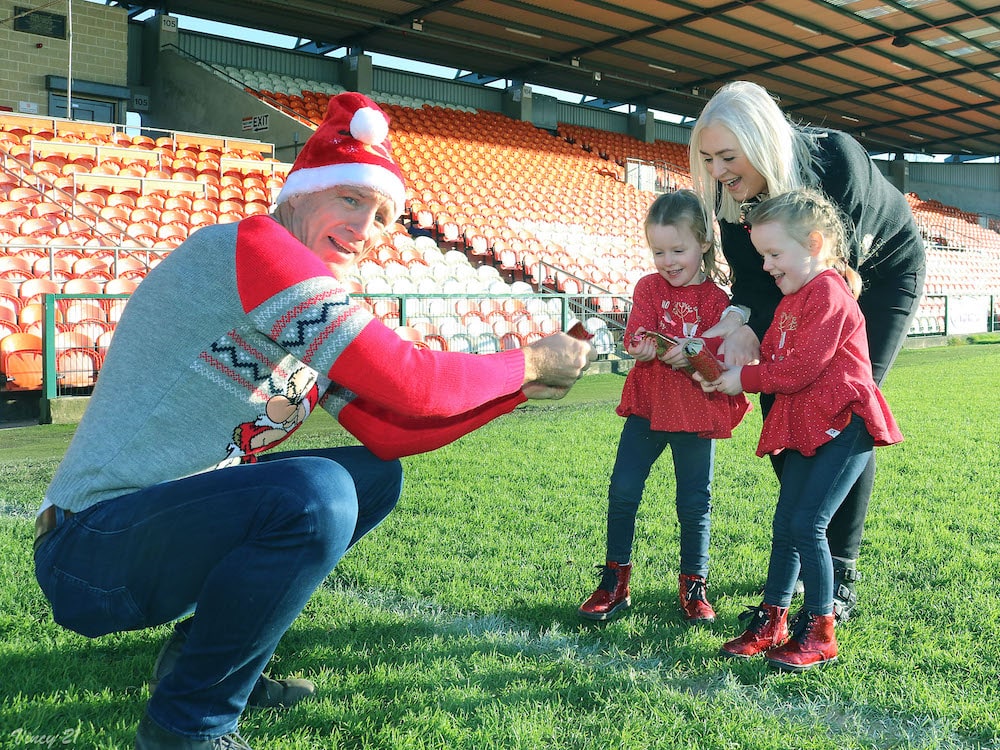 Armagh and Tyrone fans will be treated to an early Christmas present as their teams meet for an exhibition game on Friday, December 17 at 7.15pm.

Kieran McGeeney’s men will host the current All-Ireland champions in an exhibition game at the Athletic Grounds.

The game is to raise funds for the James Reel Playpark which will be located inside the grounds of Silverbridge GAA grounds.

James tragically lost his life early this year, but the family are working hard to ensure his memory lives on.

The family-friendly event promises to be full of festive fun to get everyone into the Christmas spirit, with guest appearances from Santa Claus himself and the Sam Maguire trophy.

There will be other fundraising events over the coming months to help the Reel family achieve their goal, with the support of the local community and Silverbridge GAA. The first one is an exciting one indeed. Armagh and Tyrone met in the Athletic Grounds earlier in the year with the Red Hands stealing a five-point victory. The two teams cross paths in next seasons National Football League.

Tickets are available for the game through the MyTicket App. Adults £10, Family £20 U16 £5 and U12’s free. All match goers must have a ticket.

Armagh TV will be streaming the game live to viewers across the globe.