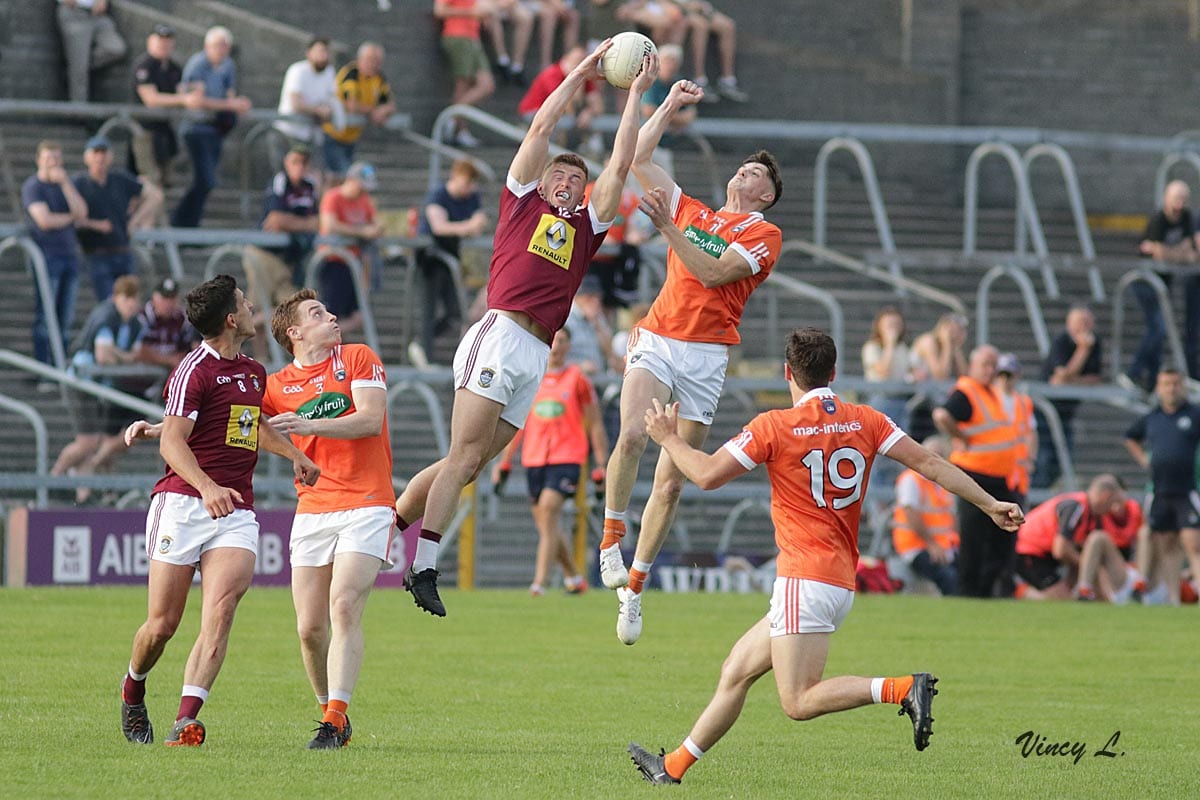 Armagh progressed through to the second round of the All-Ireland Qualifiers with a comprehensive 11-point victory over Westmeath in Mullingar.

It was a case of same again for Kieran McGeeney’s side who defeated the Leinster side in last year’s Qualifiers, also away from home.

It took the Orchardmen just 11 seconds to register through Ethan Rafferty before Andrew Murnin added a second a minute later.

The frantic start continued when Westmeath rattled the net through Ronan O’Toole before the fifth minute mark.

Four unanswered points soon followed for the visitors with Westmeath trading a series of six points to leave the score 0-11 to 1-4 at the break.

The game was firmly in Armagh’s grasp in the 43rd minute when Westmeath goalkeeper Kevin Fagan spilled a shot from Andrew Murnin over his own line.

Anto Duffy added another for Armagh in the 64th minute following a spell of dominance from the hosts.

Substitute Gavin McParland, unsurprisingly, got in on the goal act in the final few minutes before a few late points added gloss to an impressive display.

Armagh will find out their second round opponents on Monday morning.