Armagh keeping their focus ahead of league semi-final 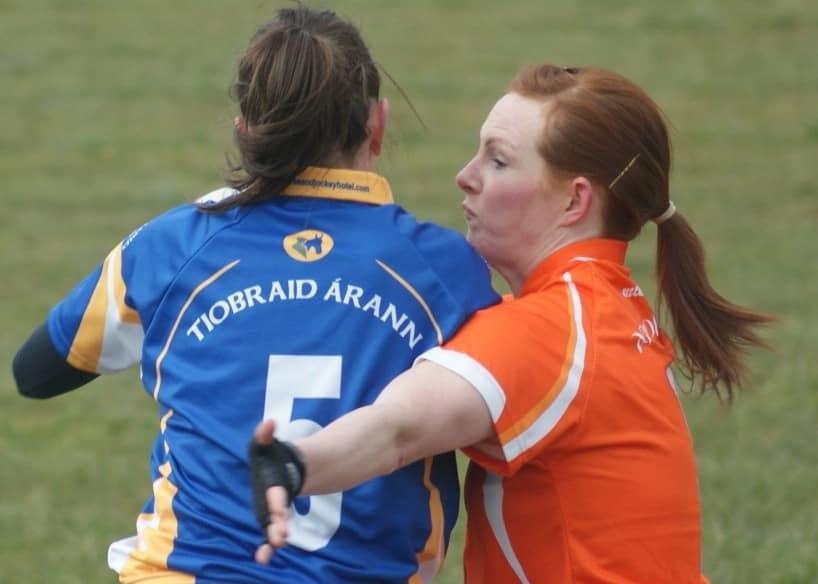 After topping the Division Three table with seven victories from their seven league games, the Orchard outfit were already firm favourites to triumph at St Peregrine’s in Dublin before rumours of strife in the Tipperary ranks leaked out.

The fact five prominent players have been axed from the Tipp panel by manager John Leahy in the lead-up to the game suggests all is far from well in the opposition camp, but experienced campaigner Morgan is sounding a cautionary note.

“I’m around long enough to know it would be foolish to take any notice of these stories, not least because no outsider really know what’s going on in any set-up and supposed difficulties can actually be galvanising in certain circumstances,” says the renowned Orchard defender.

“Rather than wasting time wondering what might be going on with Tipperary, we’re concentrating on ourselves and trying to prepare professionally for the biggest game of our season so far.

“As players we certainly won’t be dwelling on this story or allowing ourselves to be distracted by it or influenced in our thinking coming into this vital match. The stakes are too high in terms of what we’ve invested so far and how important promotion is to our overall progression plan to take anything for granted.

“We’re up against a team that has pushed us hard in our last three meetings and it’s knock-out now so there are no second chances for either team.

“You’ll have two sets of girls proudly representing their respective counties and fighting for a place in a final, so when the ball is thrown in it won’t matter much who might be missing on paper.

“When we went down to Tipperary for our first league game this season, there were a few notable names missing from the Armagh ranks but we came away with a win in spite of that which shows sides hit by absenteeism shoudn’t be written off.

“Sport has a rich history of teams raising their game in adversity so we would be crazy to expect anything other than our toughest test so far this year. But Armagh are going into the game in good shape so we’ll be backing ourselves to get the job done,” she insists.

Armagh made it hard for themselves in the corresponding game last year when they had to battle back from the concession of three early goals in that semi-final in Mullingar, the middle of three close contests between these teams in the space of 13 months.

It took an injury-time free from captain Caroline O’Hanlon to snatch Armagh victory in last season’s league game in Silverbridge and James Daly’s side had to come from behind at half-time for February’s away win.

The fact that Armagh turned that match around facing into the wind with a player in the sinbin speaks volumes for the Orchard character and could have left psychological scars on a Tipp team who will also have to contend with the formidable midfield duo of O’Hanlon and Sinead McCleary this time.

Armagh finished their league programme having scored more points and conceeded less than any other team though the close shave against Sligo should help ensure no complacency creeps into the Orchard ranks.