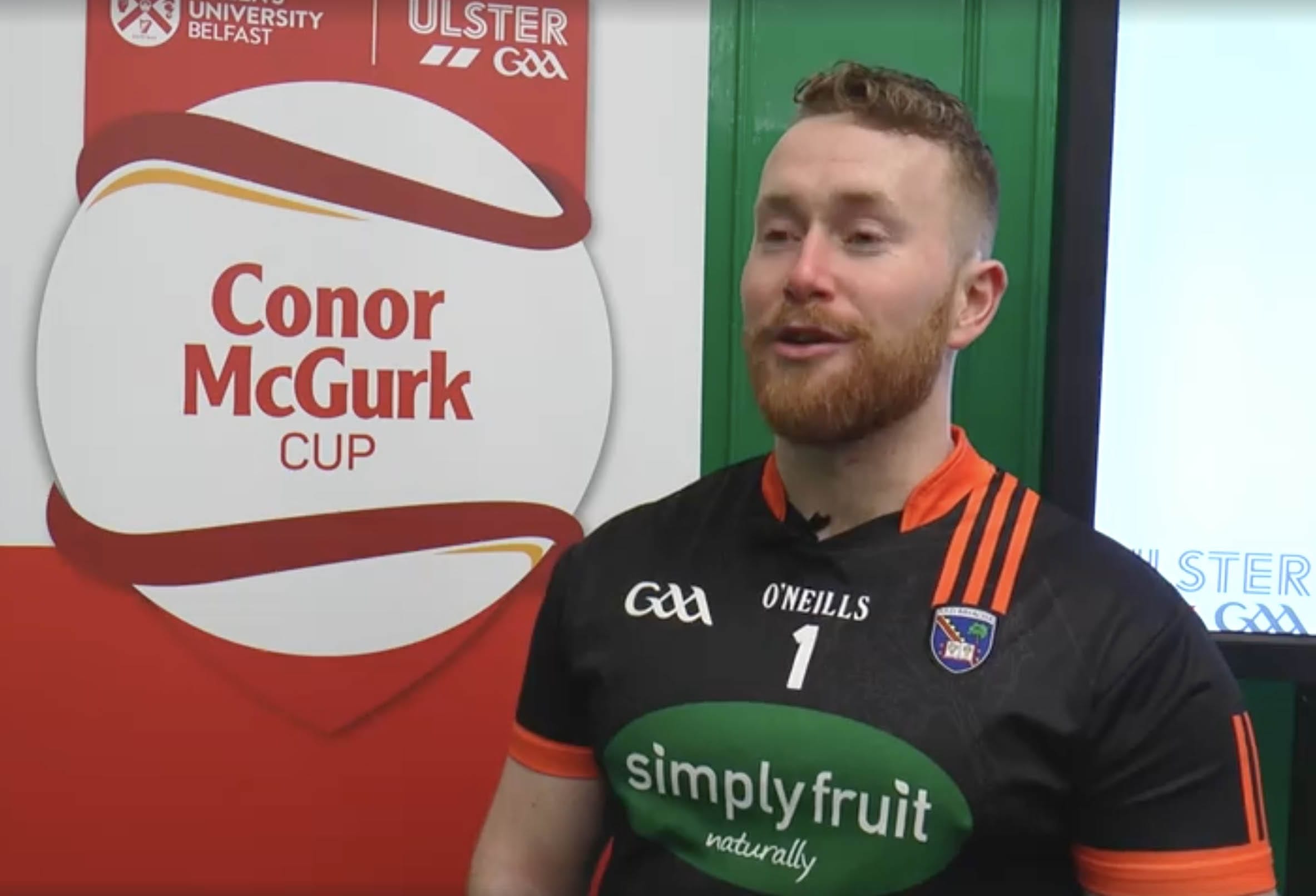 Armagh GAA’s first-team goalkeeper will be hoping his county team fail in their opening match of the Conor McGurk Cup this weekend.

That’s because Simon Doherty – an Armagh senior hurling player for several years – will be managing the opposition this Saturday.

However, the Armagh goalkeeper has divided loyalties as he holds the reigns as manager of the University of Ulster’s hurling team.

“I play for Armagh, but I’m also the Ulster University manager, so it’ll be an interesting one but I’m really looking forward to the game on Saturday,” Doherty told Jerome Quinn earlier this week.

“It’s interesting coming from both camps, we’re actually heading to training this evening (UU) and I’m training with Armagh tomorrow evening, so I’m sure I’ll get a bit of stick one way or another.

“Some of the Jordanstown (UU) guys actually said, ‘I hope you are playing so we can get a good go at you’, but I’ll be on the sideline for Jordanstown on Saturday.”

The McGurk Cup, which is named after former Queens and St John’s Belfast player Conor McGurk, holds a special place in Doherty’s heart, being a St John’s clubman himself.

“I couldn’t credit Queens University enough, the McGurk family was here this evening and it’s a wonderful thing for them.

Doherty added: “We’ve had very good success with Ulster University over the last number of years, we’ve got to the final before, and we really want to compete well in this competition.

“From an Armagh point of view, we’ve also got to the final before, and we are looking forward to the National League, I think it’s perfect preparation for both Armagh and Ulster University.”

Despite those divided loyalties, Doherty has well and truly nailed his colours to the mast.

“We’ll see how things go on Saturday, it’ll be a great contest,” he said.

“I’ll not stay neutral, I’ll have my Ulster University hat on, it’ll be an interesting one.”

Simon Doherty can't lose when Armagh play Ulster University in the McGurk Cup on Saturday.. he plays for one & manages the other! See a preview here of the 2018/19 Conor McGurk Cup.. Queen's Sport QUB GAA