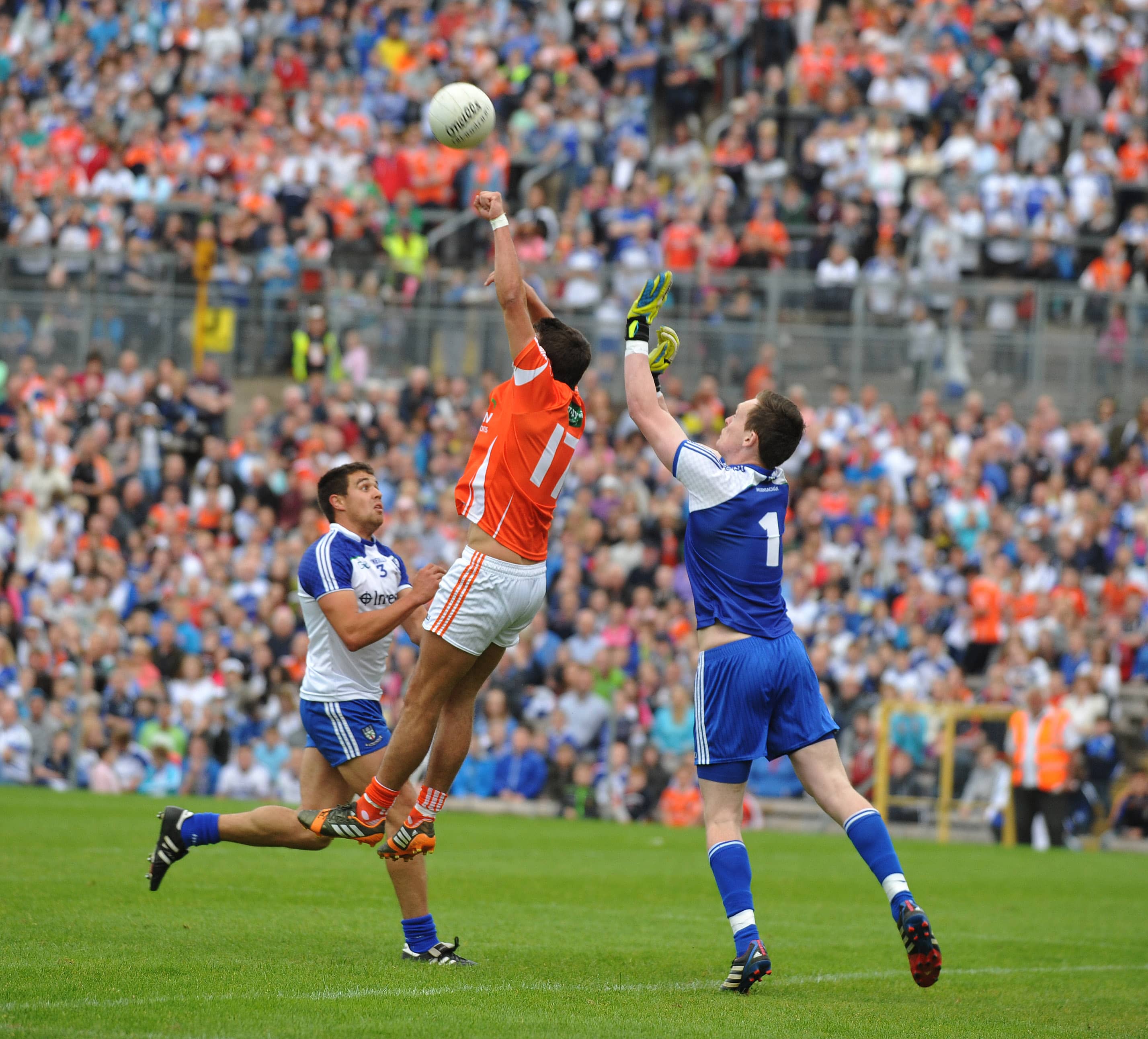 The Orchard men scored the final three points of the game, two in added time, to pull off a minor upset.

Jamie Clarke and Stefan Campbell shone up front for Armagh while Conor McManus pull the strings for the Farney men at the other end, however, Monaghan ‘keeper Rory Beggan bagged the Man of the Match award following his five point haul – all from frees.

Monaghan were 0-6 to 0-3 ahead after 22 minutes but the introduction of Crossmaglen’s Tony Kernan after the clubmate Kyle Carragher was black carded drew Armagh back to within two. Stefan Campbell added two more just before the break to bring the sides level.

The second half continued in the same vein as every punch Monaghan landed, Armagh responded in kind.

With 68 minutes on the clock Monaghan led by three and were on course for a second successive Ulster final appearance but Jamie Clarke and Armagh had other ideas. Clarke added a superb left-footed point before the excellent Campbell landed his third to bring Armagh within one point.

With just seconds remaining Mark Shields was foolishly fouled 35 metres from goal. Up stepped substitute Rory Grugan with nerves of steel to land the levelling point.

There wasn’t enough time for either side to launch a final attack as the whistle went but both sides will meet again on Sunday July 6 with Armagh welcoming back their suspended trio.

In the minor game, Armagh progressed through to the Ulster final after a 0-11 – 1-06 victory over 14-man Monaghan.