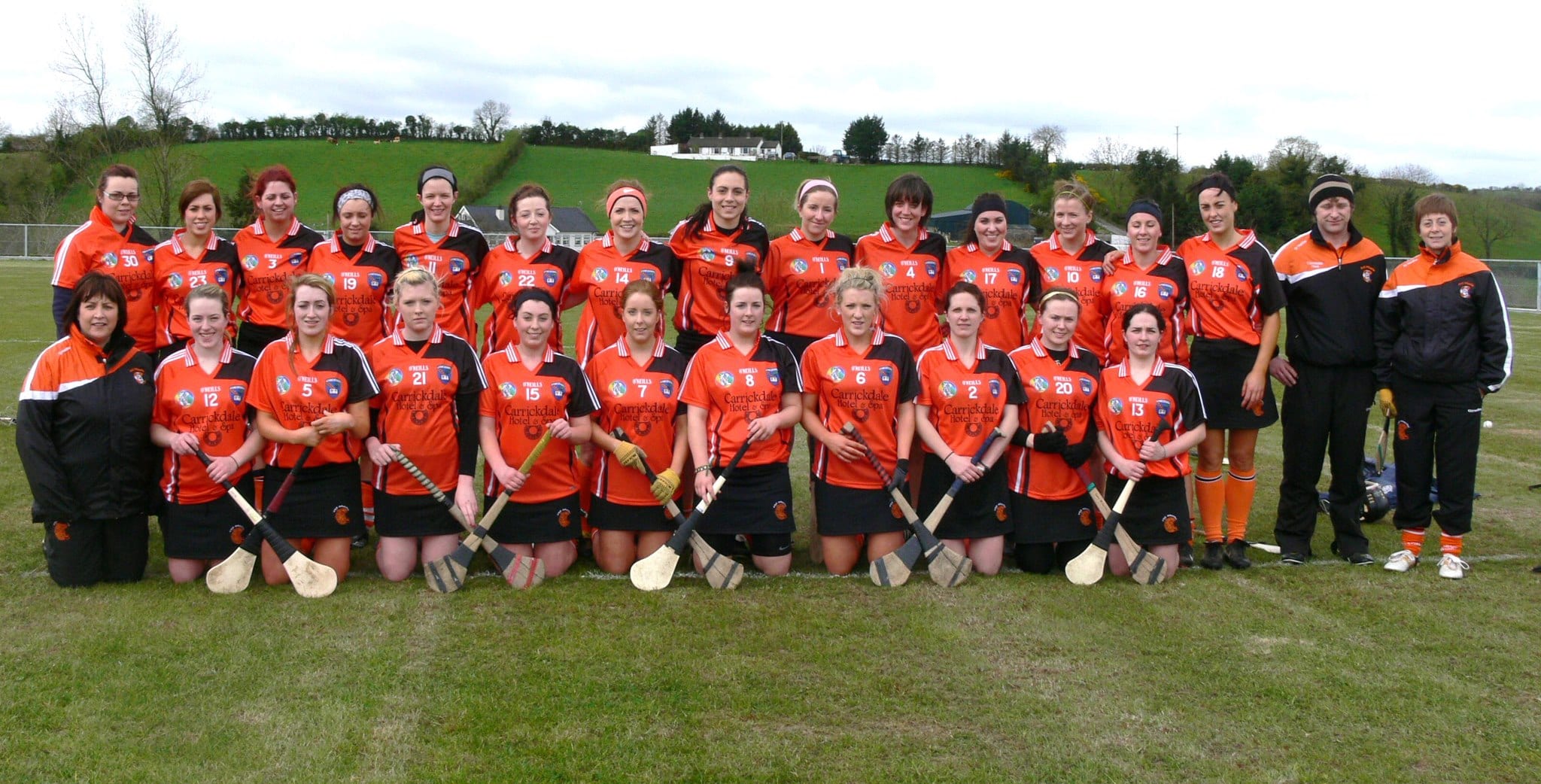 A Ciara Quirke hat-trick was the difference as Carlow ran out 4-10 to 2-7 winners after an entertaining 60 minutes at GAA HQ.

Armagh got off to a flying start with Ciara Donnelly knocking over a free with less than a minute on the clock but Carlow responded strongly with two points of their own in quick succession.

The Orchard women were soon level with Rachael Merry getting her only score of the game on 10 minutes, however, Carlow struck the first decisive blow with Ciara Quirke blasting her first past Bronagh Mone in the Armagh goal.

But it was a quick and effective response from the Northern girls as Donnelly got her second point moments before clever build up play allowed corner forward Colette McSorley to smash home past the helpless Niamh Doyle in the Carlow goal.

The two sides then traded points with Donnelly notching up her third and fourth to give Armagh a two point lead after 25 minutes.

Eleanor Tracey pulled one back for the Dolmen County in a game that was nip and tuck right up to the whistle to signify the end of an enthralling first half at Croke Park.

Armagh’s Leah McGoldrick picked up the game’s first yellow just before the interval.

Within a minute of the restart corner-forward Quirke got hers and Carlow’s second goal to take the lead for the second time in the match.

Donnelly then reduced the deficit to a single point with another well-taken free but points from Racheal Sawyer and Eleanor Tracey extended Carlow’s lead back to three points.

Donnelly added another free on 41 minutes but the tie looked like it was slipping away from Armagh when Sawyer raced through to add a third goal and increase Carlow’s lead to five points.

However, Armagh responded superbly with Leanne Donnelly bagging a stunning goal to register her first score of the game and bring the it back to a one-score contest.

But that was as close as Armagh were going to get.

Unperturbed, Carlow kept chipping away and two more unanswered points seemed to knock the enthusiasm out of Armagh’s challenge.

And any hopes of a comeback were well and truly dashed when Ciara Quirke bagged herself a hat-trick with five minutes to go to put an unassailable eight points between the sides.

Eleanor Tracey added another at the death to complete the scoring and with it, secure the All-Ireland title.