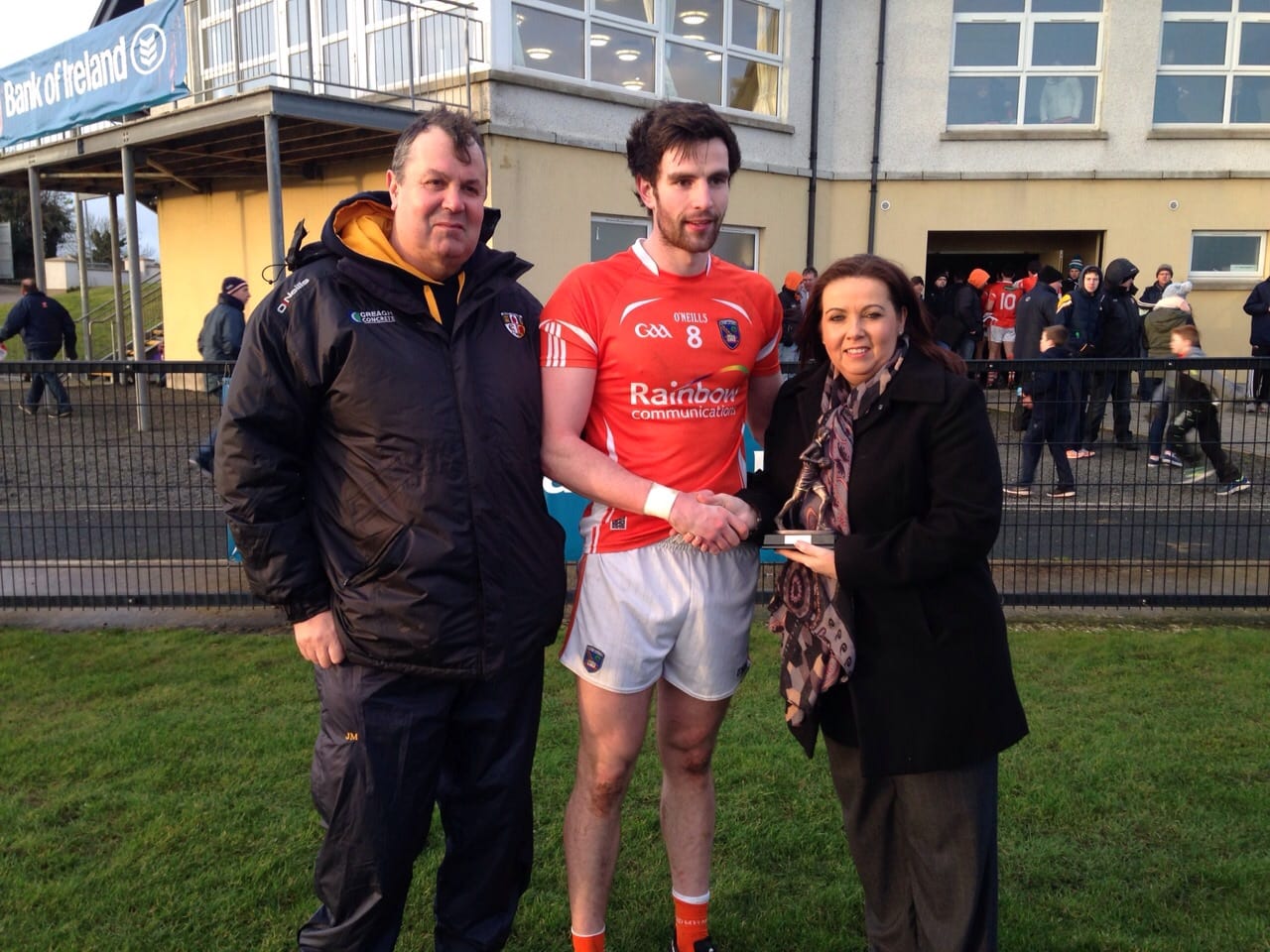 Conditions were quite tough in Creggan, Armagh played with a strong wind at their backs in the first half which probably done them more harm than good. Antrim struggled to get forward against the breeze so they pulled a lot players back to prevent Armagh from pulling away early on.

Their plan worked reasonably well and they continually frustrated the visitors. Armagh led 0-06 to 0-02 at the break but things soon opened up in the second half. Jamie Clarke scored a close range free and Oisin Mac Iomhair smashed in a goal to double that four point gap in three minutes.

Those scores killed off the game, Armagh simply never looked back and finished the match with a smooth second half performance.

Stefan Forker started the game in stunning form as he slotted over two great points either side of an Owen Gallagher score.

Gallagher who really rallied the Antrim players forward at times levelled with a great point on the 14th minute, this proved to be Antrim’s final score of the half as they gradually began to pull further back.

Forker grabbed his and Armagh’s third point of the half with an accurate free kick. This was followed by one of the finest scores of the game, man of the match candidate Michael Murray made a great supporting run down the left hand side and was found after a lovely passing move. Murray cut in to knock over a sweet strike with his right. A close range point from Jamie Clarke and a Niall McConville free helped round off a difficult and stuttering half of football.

Armagh came blasting out in the second, Clarke scored a free for Armagh after Oisin Mac Iomhair was fouled close to goal.

Minutes later Mac Iomhair cut through the Antrim defence, his first shot was saved by Chris Kerr but fortunately the ball bounced straight back into Mac Iomhair’s hands and he struck into an empty goal on the rebound.

Clarke and Mac Iomhair scored both scored again after a point from CJ McGourty to equal Armagh’s first half tally in the opening eight minutes of the second.

Tony who was introduced as a substitute for Feidhlim O’Neill at half time scored from a free, although Antrim responded with one of their own on the 54th minute through Conor Murray to leave them trailing 1-10 to 0-04.

Forker got a fine point when he worked his way into the path of a wonderful pass from Jamie Clarke, before turning and converting over the bar.

Clarke who had been brilliant for Armagh and helped answer those questioning McGeeney’s decision to play him further out the field was sent off after a second bookable offence on the 63rd minute.

The game finished with a goal at both ends. Armagh grabbed the first when Campbell kindly played the ball across to Forker who fisted in. Mark Sweeney was then fouled in the Armagh area and CJ McGourty converted a penalty with the final kick of the game.