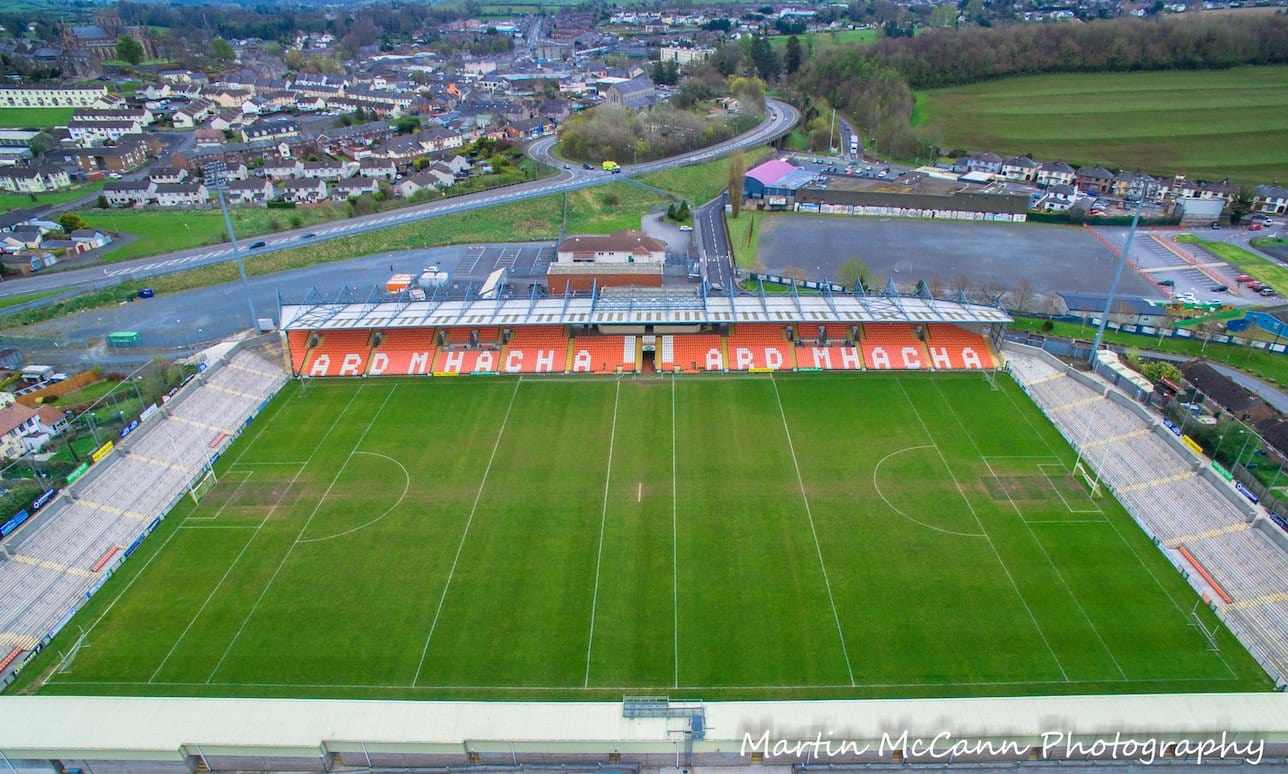 A dramatic ending at the Athletic Grounds on Sunday saw Armagh go clear at the top of Division Three with a last-gasp point deep into injury time against Longford.

The two teams battled it out in atrocious conditions for their place at the summit and the game lived up to expectations.

For a large part of the contest it looked like the Leinster-man were going to go home with the points but captain Rory Grugan had other ideas with that late-late point, four and a half minutes into the allotted five minutes of stoppage time.

Despite playing against 14-men for the majority of the second half Armagh really struggled in front of goal but a fortuitous Ethan Rafferty goal in the last minute of normal time set up the grandstand finish.

And when five minutes were held up on the official’s board, it was a game there for the taking – and Armagh duly obliged.

It was a poor first half from the hosts in pretty atrocious conditions as they trailed 8-5 at the break.

However, it was the visitors who pushed on to take a three point lead into half-time.

A host of wides plagued Armagh in the second half but they managed to pull level on 50 minutes at nine points apiece.

A Donie McElligott penalty looked to have won it for Longford with 16 minutes to go as they raced into a four-point lead.

Armagh struggled to control their kicking and looked to have wasted their opportunity to get anything from the game, but then came that finish.

It was moments like this last season which saw Kieran McGeeney’s men drop valuable points but the shoe was well and truly on the other foot this afternoon.

And with Fermanagh not in action due to a waterlogged pitch, Armagh sit perched at the top of the National League Division Three.