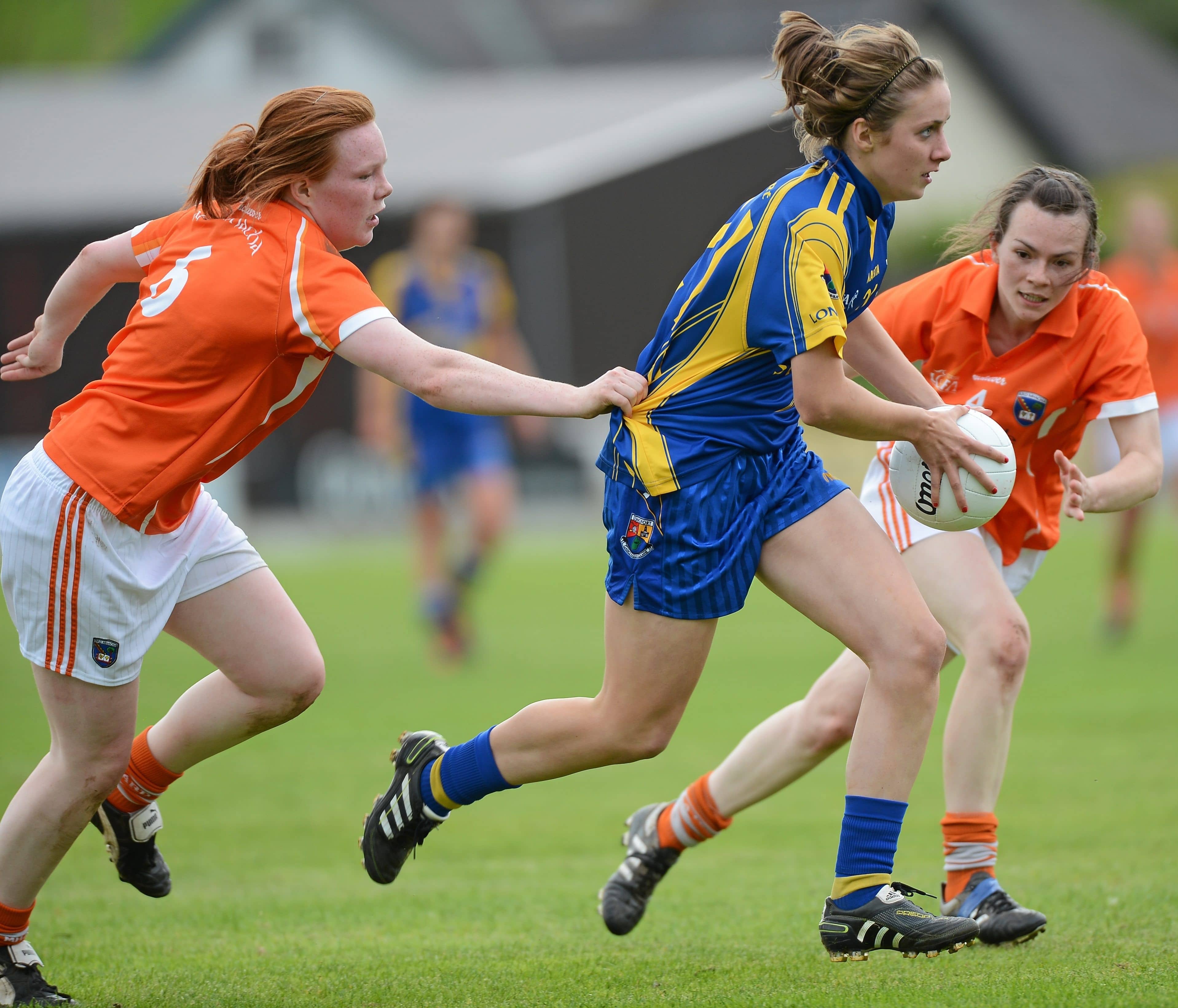 Armagh marched into the All Ireland Under 21 semi-finals with a sweet victory over bitter rivals Tyrone in their own backyard which secured James Daly’s side the Ulster title.

Ahead of the senior Ulster Championship semi-final later this month, the emerging Orchard crop got one over the old enemy by winning a tense tussle in Cookstown by 1-12 to 1-11.

One of the many Armagh heroes was rising star Fionnuala McKenna, who showed she has the hunger and durability to go with her exciting talent in producing a supreme performance the morning after helping Ulster lift the senior interpro title.

The Armagh Sportswoman of the Year returned from a landmark day in Kinnegad, where she had made her Ulster debut, to stamp her class on this Aisling McGing Memorial Cup match.

Her Harps clubmate Siobhan Feeney top-scored with six points while Ciara Lennon, who started last autumn’s All Ireland Intermediate final, was the goal-scorer for Armagh but the remarkable McKenna was exceptional according to Daly. The senior Armagh manager is also in charge of the Under 21s and the Dromintee man – who has steered teams to four All Ireland titles of one description or another with the county and Queen’s University – has his sights set on yet another national title.

He admits Armagh face a tough task this weekend against the Munster champions, Cork, but was naturally delighted with the result against Tyrone and the tenacity and composure shown by the girls in orange in surviving a tense tussle.

“It was a super win for us, against the odds in Tyrone’s backyard, and the girls gave a very gutsy performance.  They put in a great effort and this was a deserved victory which has given everyone a big boost,” he said.

“The semi-final will be another step-up, regardless of who came out of Munster, but we’re looking forward to it and although the timing of the competition isn’t great so close to the Senior Championship, a run in this is good for Armagh ladies football.

“We’ve got girls involved here who have something to offer but not yet made the transition from Minor inter-county football to senior level, though there are still talented girls around the clubs who haven’t made themselves available.

“It’s also a good outlet for members of the senior panel to push themselves forward and of course established leaders like our captain Niamh Marley and Fionnuala McKenna will always step up and drive everything.

“Niamh is a real rock and Fionnuala absolutely stands out at this level – she showed her class last Sunday morning in spite of having been away playing for Ulster the day before.  She has a great attitude, a hunger to keep playing and progressing, and never complains about workload.

“She’s always learning and the more she plays at senior level the better she gets.  Then when she drops down and plays at age group level, she’s outstanding.  Last Sunday she was clearly the best player on the pitch and would look good in any company,” enthused Daly.

The bulk of the Under 21 starting side are members of Daly’s senior panel with the three starters from Croke Park last autumn – Marley, McKenna and Lennon – joined by two players who came on that day in Siobhan Mackle and Cailin Duffy.

Goalkeeper Katie Daly has been an ever-present for Armagh seniors in this year’s National League while Danielle Morgan and Shauna Grey have grabbed their chance to impress and Feeney netted on debut against Longford.

In spite of being a regular starter for the county’s senior side, Armagh’s other great prospect Niamh Henderson is ineligible for the Under 21s due to still being a Minor, but Daly still has plenty of talent to work with.

Among those not in the senior squad are Aoife McCoy and Lauren McConville and there is great incentive for players like that to impress Daly especially as the Orchard boss has shown he is not afraid to give youth its chance.