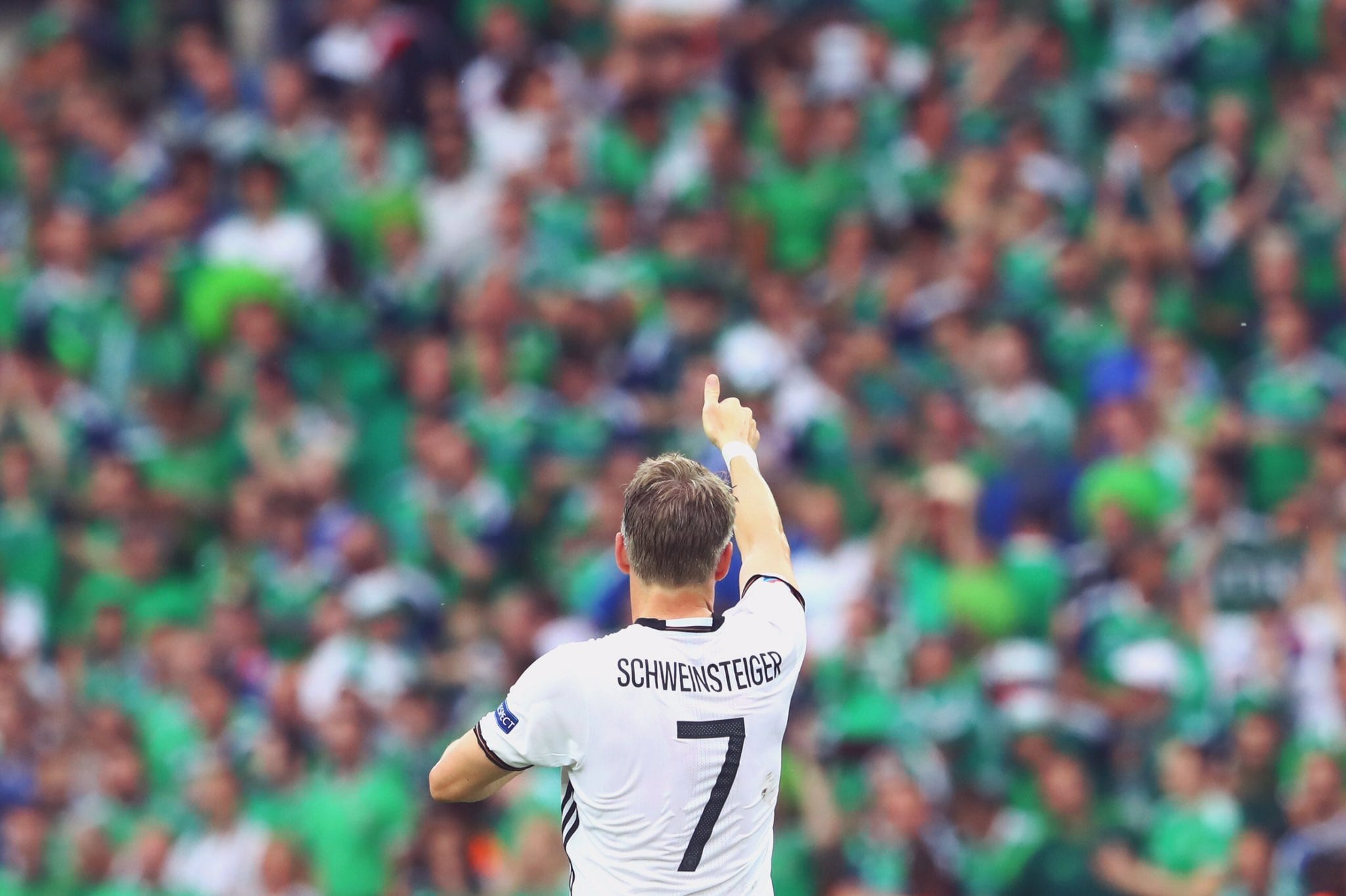 Northern Ireland fans are really making a name for themselves out in France and they will be for a while yet.

Michael O’Neill’s side qualified for the last 16 of the tournament despite a 1-0 defeat to world champions Germany in Paris yesterday afternoon.

However, the Green and White Army made the cut thanks to the fact they are one of the best third place teams from the six groups.

Northern Ireland will now play either hosts France or Wales in the Round of 16. Their fate will be confirmed tonight.

Should either Republic of Ireland or Sweden win, Northern Ireland will play Wales. If both fail to win, it will be France.

Both ties are mouth-watering and fans will get another chance to show their colours and raise the roof.

If it’s Northern Ireland v Wales, the game will be played in Paris on Saturday at 5pm while a tie with France would be played on Sunday at 2pm in Lyon.

More of the same lads.