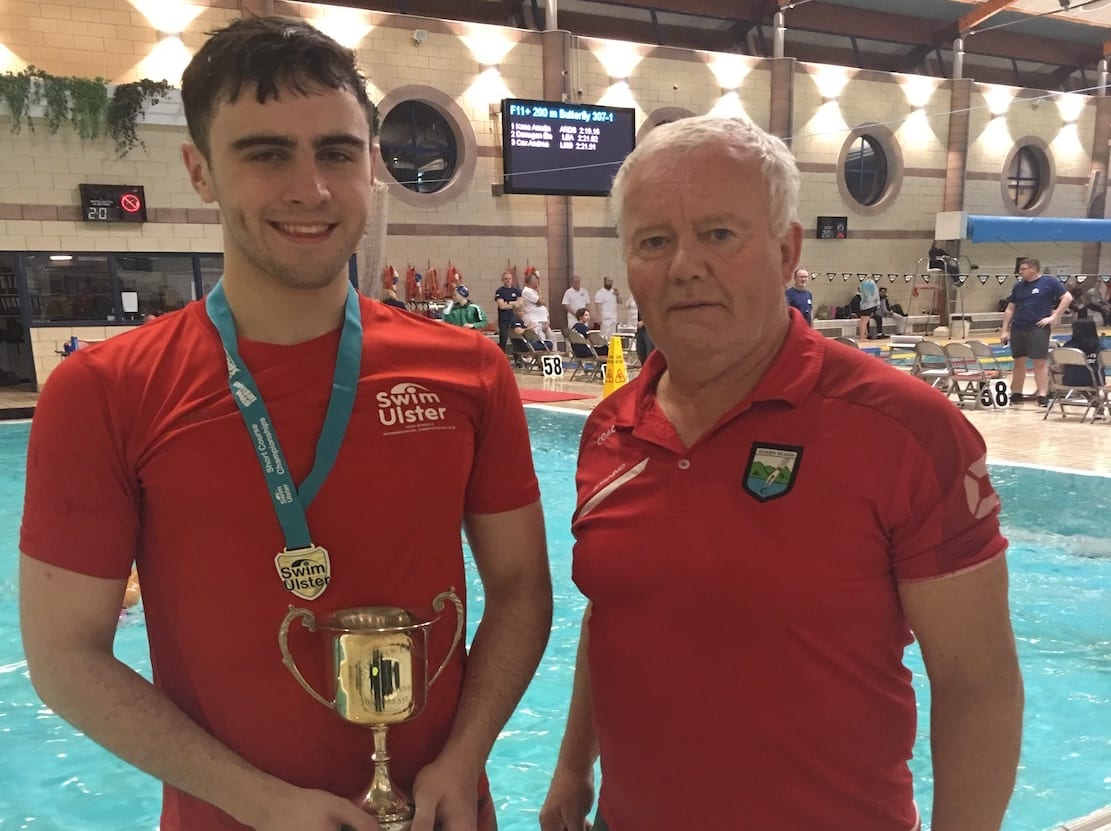 John Donnelly took part in the premier event of the 2019/2020 Ulster Short Course season, which was held over last weekend from Friday 15 to Sunday, November 17, at Lagan Valley Leisureplex in Lisburn.

Representing the Sliabh Beagh swimming club, John won the competitive event in a finish that had less that one hundredth of a second between himself and the second placed swimmer. He was two hundredths of a second quicker than the third placed finisher.

John’s winning time of 30.07 was his new personal best time for this event. He had to battle with swimmers from the big four clubs in Ulster; Bangor, Ards, Lisburn and Larne.

Without electronic timing separating the top three, it would have been nigh-on impossible to adjudge such was the nail-biting finish.

On this occasion, John put all the elements together and came up as the Ulster Champion for 2019.

John also picked up a Bronze medal in the 100 Breaststroke.

This event was also very closely fought out by five swimmers who squeezed into third place. John also made the final of the 50 Back, 100 Free, 200 Breaststroke and 50 Butterfly.