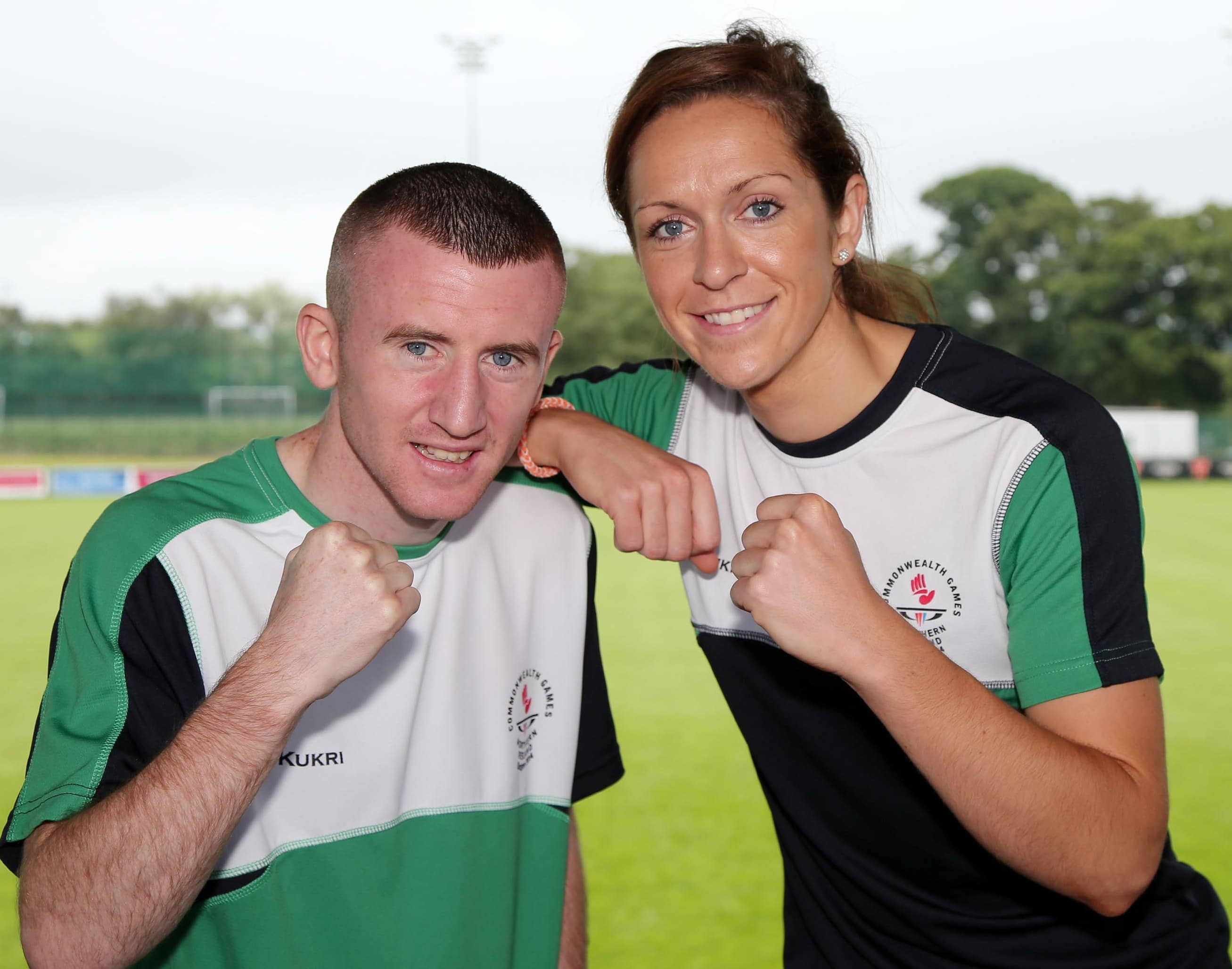 World-class centre Caroline O’Hanlon pulled the strings superbly as Northern Ireland averaged more than a goal a minute in securing their first ever victory in netball at the Commonwealth Games.

The Bessbrook woman’s wonderful all-round display in Glasgow on Monday evening earned her repeated praise from the highly impressed BBC commentators and was the foundation for the team’s 61-40 win over St Lucia. After predictable defeats by three of the world’s top five netballing nations, Northern Ireland relished the chance to be the dominant team with Armagh gaelic captain O’Hanlon at the heart of an impressive performance.

Although the weakest of the four netball-mad Caribbean countries at these Commonwealths and beaten 61-36 when the sides last met nine months ago, St Lucia are just behind Northern Ireland in the world rankings.

But O’Hanlon’s side averaged a goal a minute in the SECC as they won well to set up this evening’s (Wed) crunch clash with hosts Scotland when a win would ensure Northern Ireland match the top eight finish achieved at the 2011 World Cup in Singapore.

Northern Ireland coach Kate Carpenter had the luxury of withdrawing her two big guns, playmaker O’Hanlon and star shooter Noleen Lennon, for the final quarter, their first respite of the tournament after 225 match minutes in five days.

The two veterans of the 2003 World Cup in Jamaica were typically central to this historic triumph, Lennon clinically capitalising on O’Hanlon’s high-class approach play by netting 33 of her 36 shots.

Leading 16-10 after the opening quarter, Northern Ireland had extended their advantage by four at half-time before going into overdrive in an impressive third period which they took 20-9.

Cheered on by family, friends, Carrickcruppen clubmates and a big group of young players from her old school Sacred Heart in the packed arena, O’Hanlon ruled the roost in emphatic fashion like she had in ladies gaelic’s Ulster Championship final in Clones earlier in the month.

The European Player of 2010 was typically creative in attack with her vision, variation and range of passing while the pundits praised her relentless support play, speed around the court, effective feeding into the shooting circle and whole-hearted defensive effort.

O’Hanlon had shown her worth the previous evening in difficult circumstances as Northern Ireland battled bravely against reigning Commonwealth champions New Zealand, currently ranked first in the world.

The upstarts actually led midway through the opening quarter before the Kiwis took control but finished strongly in netting four of the last five goals to keep the margin of defeat under 50 on a 78-29 scoreline.

Up until now, no female team from any sport has previously qualified to represent Northern Ireland at a Commonwealth Games or indeed Ireland at the Olympics so last Thursday’s Malawi match had historic significance. Northern Ireland had the honour of featuring in the opening game of Glasgow 2014 and it fittingly fell to experienced centre O’Hanlon to get the action underway with the opening pass of the netball tournament.

Lennon netted Northern Ireland’s first ever Commonwealths goal 20 seconds later but Malawi won 71-50 with star shooter Mwai Kumwenda showing why she has a lucrative contract in the professional league in Australasia.

Against Jamaica, ranked one place above Malawi at fourth, the girls in green also came up against a giant goal machine in the 6’5” Jhaniele Reid and again in spite of the odd defiant flourish were beaten 65-34 by a top-class side.