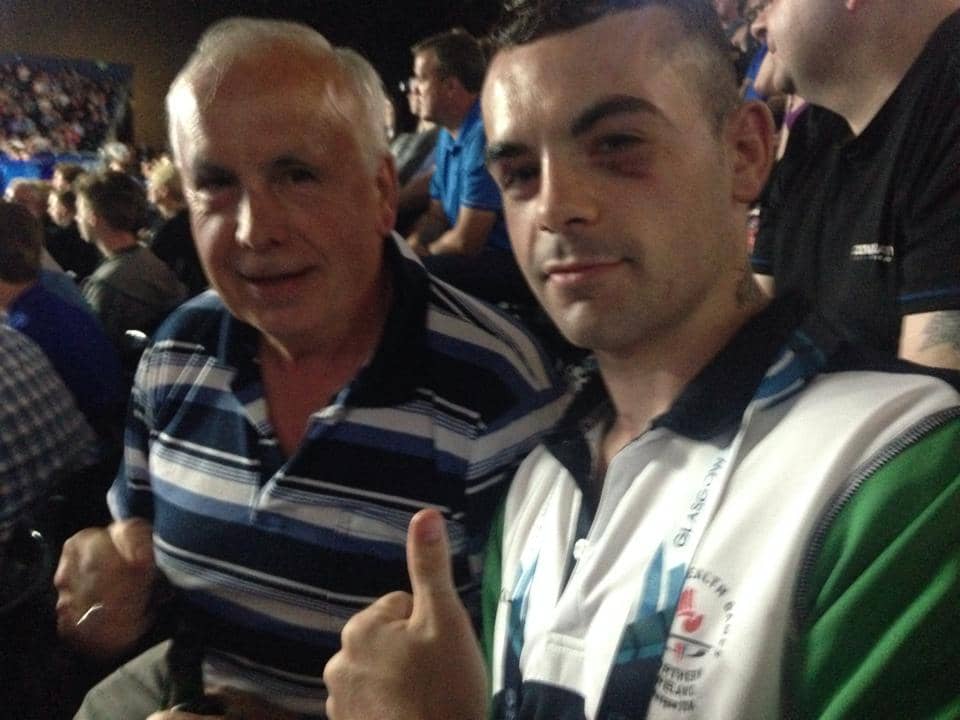 County Armagh boxer Sean Duffy will take to the ring tomorrow night in a bid to get among the medals at the Commonwealth Games in Glasgow.

The Keady man is just one win away from a guaranteed medal after victory over Tanzania’s Fabiani Gaudence Pius. Duffy won last night’s encounter on a split decision – a decision that surprised the crowd, commentators and Duffy himself.

“I thought I had done enough for the victory,” he told Armagh I.

“I was pretty comfortable throughout the fight and even though he landed a few in the last round, I knew I had him.

One judge failed to award Duffy the second round in which the Armagh man dominated, forcing Pius to retreat into the corner amid an onslaught.

“I thought he did pretty well to come back from a few of those punches in the second round and I was confident I had that one too but this can happen sometimes.”

Duffy now fights the strong and quick Malaysian boxer Azmi Khir in the quarter-finals. That fight is scheduled for 7pm at the Scottish Exhibition and Conference Centre.

Sean is pictured with his father Michael who, with a little help, managed to make both fights over the weekend – even if he did cover 1,200 miles in the process.