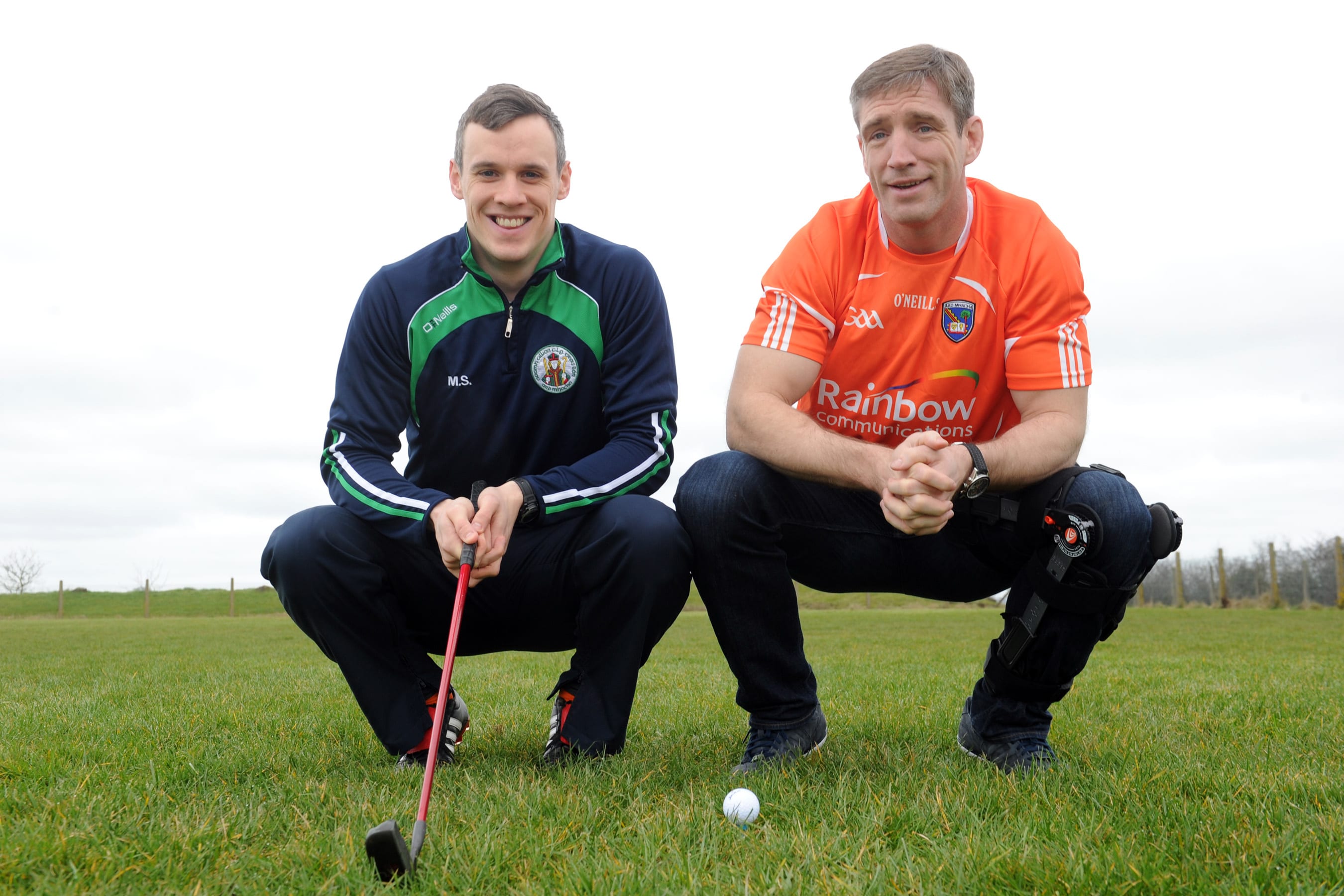 The Barry Malone Golf Day will follow a four-man scramble format, with a cost of £100 per team. More details will follow on the format and the day as well as contact details to book tee-off slots.

There will also be tee box sponsor slots available for £50.

The golf will be followed by the presentation of prizes, including the Barry Malone Memorial Cup and a night of entertainment in St Killian’s Hall Whitecross.

Barry Malone was a committed St Killian’s club member and avid Armagh supporter, who died in an incident at work in 2012, and in 2013 Ashfield Golf course hosted the inaugural Barry Malone Memorial Golf Day, in which over 200 golfers took part.

At the launch Armagh boss McGeeney said he was looking no further than Saturday night’s Division Three clash with neighbours Louth, where a point will be enough to secure promotion.

“We have two games left, one at home to Louth and away to Sligo, probably not ideal if looking for points as Louth and ourselves will always be kind of close and Markievicz Park will always be tough too, “ said McGeeney. “Louth are playing a great style of football and even against Tipperary they scored 3-11 and bit put up some big scores.

“It is going to be a tough game but ourselves and Louth they always are. That is just the nature of neighbours they like to get stuck into each other.

“I don’t expect next Saturday to be any different and that is all you can really look at and you are just hoping that the boys can produce a performance and get a point out of it and it puts us in a good position.

“Because if we don’t get a point we have to go away to Sligo for points, which would be a difficult scenario.”