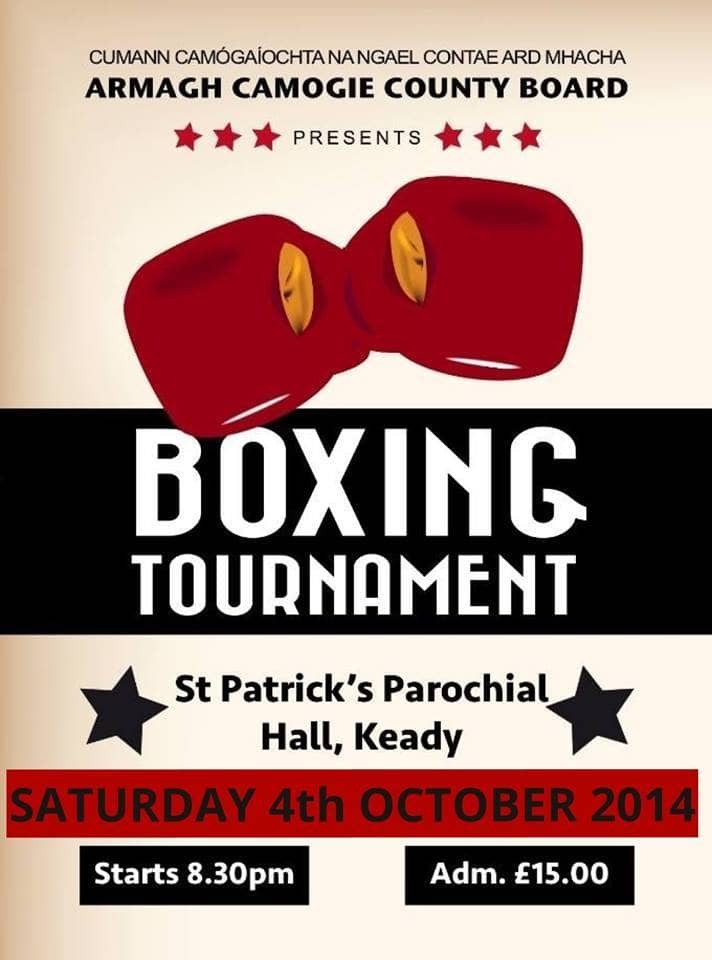 A number of boxers from throughout the county, male & female, experienced & inexperienced, young & not so young, will take to the ring for an EPIC battle! Each will be looking for a victory as they put their reputation and the pride of their club on the line!

It promises to be a fantastic nights entertainment with one or two surprises in store! Tickets for the event can be purchased through ANY of the local Camogie Clubs or by getting in contact email: armaghcamogiePRO@outlook.com

The boxers taking part on the night are as follows:

Colin ‘The Donkey ‘ McLoughlin – representing Crossmaglen and sponsored by The Clarnagh Maid.