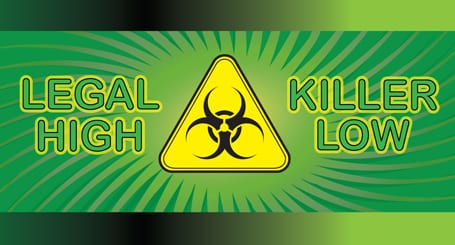 Two young girls were taken to hospital by ambulance this morning (Sunday) after suffering the effects of so-called ‘legal highs’.

It is the second time in just three weeks that young girls have required medical attention for experimenting with these items.

Police in Lurgan took to Facebook today to warn against the use of legal highs after attending a call this morning.

They said two young females had a bad reaction to smoking ‘salvia’.

The PSNI reported: “Both girls had to be taken to hospital by ambulance but are now thankfully recovering in the company of their parents.

“Salvia is a psychoactive plant which can induce visions and other hallucinatory experiences.

“It certainly was not a good experience for the two young females!”

In that case the PSNI in Newry and Mourne said they were assisted NI Ambulance Service personnel after the children decided to dabble with a legal high known as ‘trippy weed’.

The PSNI warned parents to be on the guard.

They appealed to anyone who knows where young people are buying these highs to get in touch with then or to pass information anonymously via Crimestoppers on (0800) 555 111.

Legal highs mimic the effects of controlled drugs  – among them Ecstasy, cocaine and cannabis.

And while, as the name states they are legal, they can induce all manner of health issues of similar effects to the real thing.

Those taking legal highs have known to suffer from breathing difficulties, heart palpitations, paranoia, psychosis, hallucinations, seizures, comas and, in some cases, death.