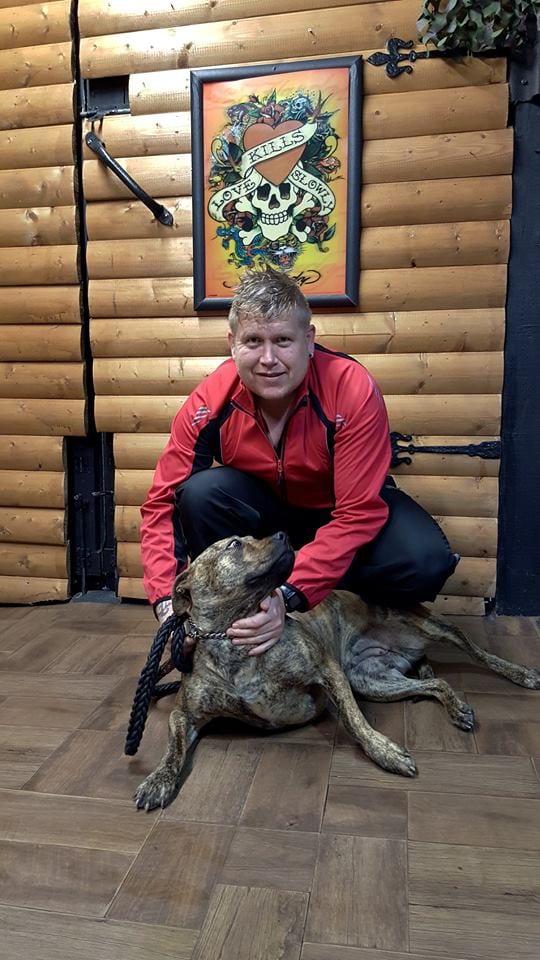 A County Armagh man and his trusty dog have been hailed heroes after discovering and saving a missing man from a rat-infested sheough.

William McClatchy, a professional tattoo artist from Portadown, happened upon the man after going for a walk with his dog Zena yesterday.

Fifty-eight-year-old William McConnell had earlier been reported missing by his family and police issued a description and public appeal for information to locate him. William McClathey and his dog Zena

Late last night police confirmed that Mr McConnell had been found “safe and well” and cancelled the appeal.

They thanked everyone who shared the appeal “and most importantly to the member of the public who located him”.

That member of the public was William McClatchey, who goes under the name of Mac Tattooz.

Today people took to Facebook to praise William for his efforts.

Had it not been for him, and his faithful dog, this is one story that could have had an entirely different and tragic outcome.

William took to Facebook to thank the PSNI and everyone for their kind words.

But he reserved a special “big thanks” for Zena, who guarded both himself and Mr McConnell from the rats in the sheough where they had found the missing man.

He explained: “I managed to get him out whilst the dog got tore into the rats.

“I knew we were in trouble when I smelt the rats’ urine. The place was absolutely stinking and full of them.

“The dog gave me the chance to get him out.

“Once the emergency services arrived the wee man turned to me and said: ‘Son thanks for saving me. I will never forget you’.

“That’s the first time I felt a tear run down my cheek since my father passed away.

“I turned and said: ‘Thank God and your guardian angel for giving us this dog’.

“No truer word spoken than a humble dog is truly a man’s best friend!”

Well done William and Zena – you really are heroes in the truest sense of the word!