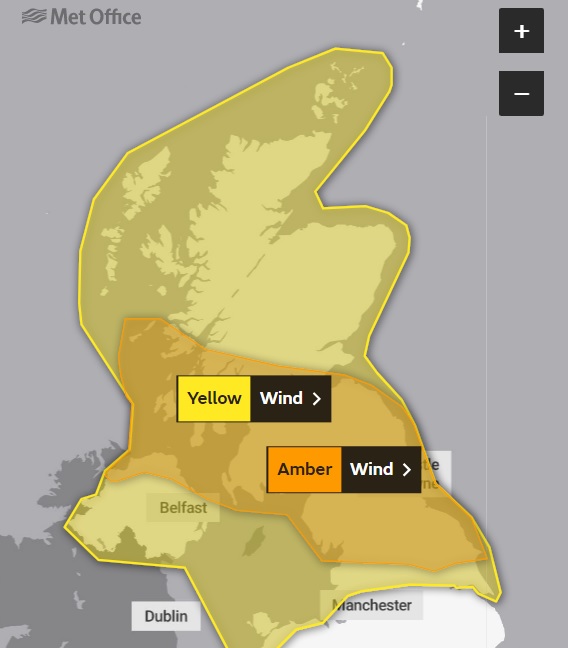 A three day weather warning is in place as storm Dudley will bring a period of “very strong winds and could cause some disruption” later Wednesday and into Thursday.

The first of the two warnings is in place from 6pm on Wednesday until 9am on Thursday, closely followed by the second at midnight on Thursday, February 17 through to 9pm on the Friday evening.

Further warnings were in effect on January 6 which saw widespread disruption across Co. Armagh and Co. Tyrone and again.

Don’t forget you can keep up to date with our live blog here and also upload images of any localised storm impact.

Armagh I Weather Watch is brought to you by Philip White Tyres, find them on Facebook and Instagram and you can get the weather daily on our social media stories.