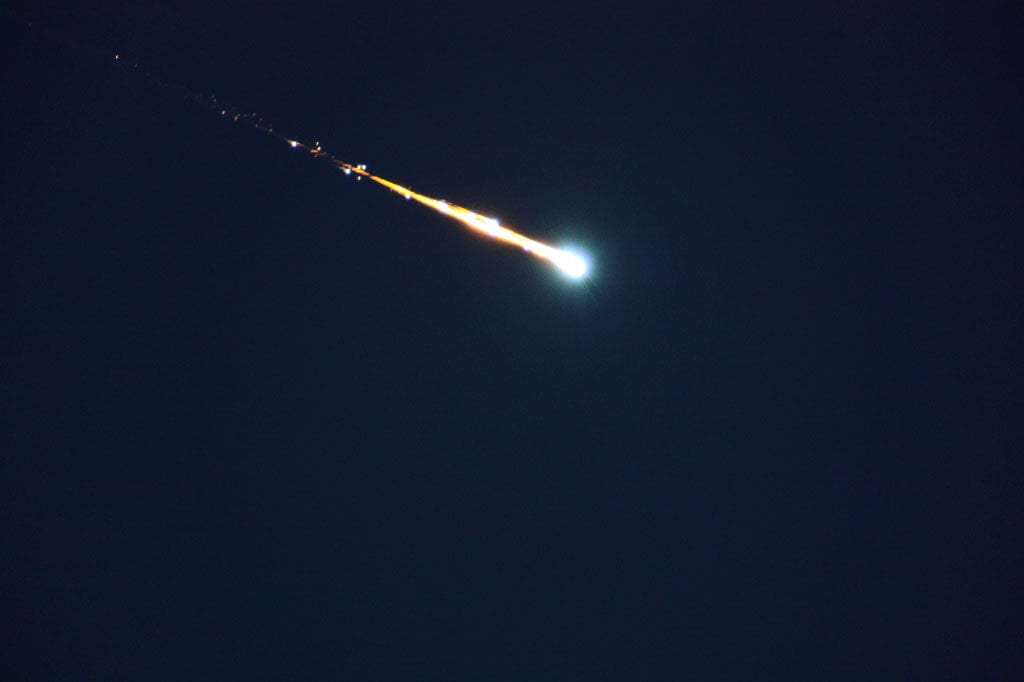 There were a number of reports of a huge fireball streaking across the night sky last night (Sunday).

According to reports, the sky lit up for five seconds as the blueish/greenish fireball crossed the country from west to east at approximately 8.13pm.

Andrew Kirkland told Armagh I what he saw.

“I was sitting in my house and the blinds were open,” he said. “I happened to look in the direction of the window when I saw it. It was very bright with a fire trail and it lasted about four seconds. It was brighter than the moon.”

He added: “I’ve seen shooting stars before but this was definitely closer and it lasted a few seconds longer.”

Fireballs are caused when a large rock from space burns up in the atmosphere as it collides with Earth at speeds of the order of 100,000 mph.

In 1999 a fireball resulted in fragments being found at Leighlinbridge in Co. Carlow. One collector offered a £20,000 sterling reward for these meteorites.

In 1969, another fireball dropped fragments all across Northern Ireland, including one that smashed through the roof of a building in Sprucefield RUC Station.

Did you see something unusual in the sky last night?

Watch: This was recorded over county Kildare last night