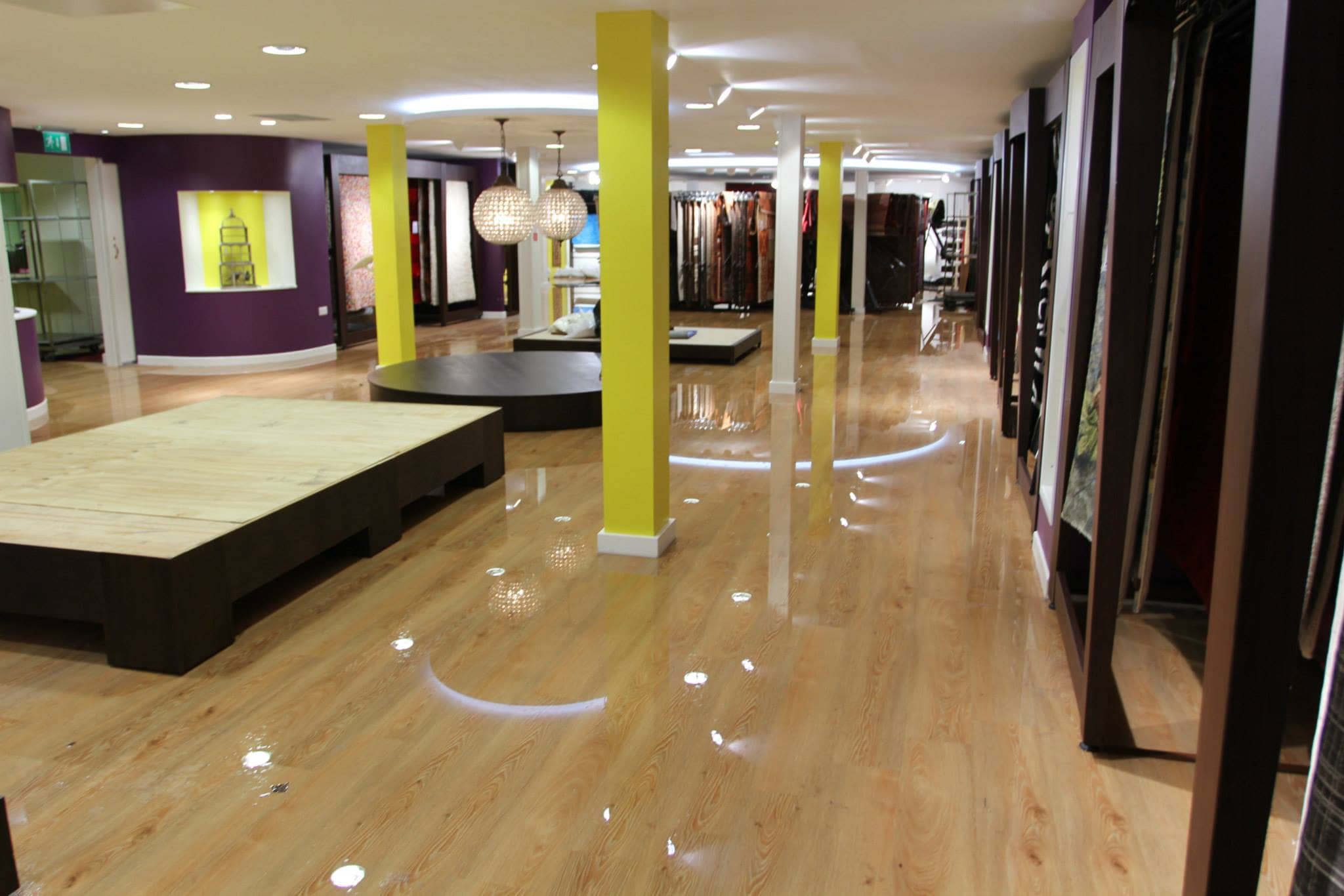 Flooding across across the district continues to wreak havoc for one local business today after it’s flagship store was breached when a canal burst it’s banks.

Online retailer The Rug Store, based in the Carnbane Industrial Estate in Newry, bore the brunt of yesterday’s wind and rain, almost destroying thousands of pounds worth of stock.

However, thanks to the quick thinking and actions of staff, the company were able to save the entirety of their stock.

It was all hands to the pump – quite literally – as forklifts, sandbags and water pumps were all used to keep the water at bay.

Stephen McElrone of The Rug House, told Armagh I, they had “no chance” when the canal burst its banks.

“We cleaned everything up last night but it happened again today,” said Mr McElrone.

“It’s good news in the end with staff and the local community helping out. The shop opens again at the start of the week but we are sending internet orders out regardless.”

Meanwhile, SDLP councillor Dominic Bradley said that serious lessons must be learned by all the statutory agencies involved in managing flood risk in Newry to ensure that the scenes witnessed over recent days can never be repeated again.

“What residents and business have had to go through in Newry because of the flooding in Bridge Street must never be allowed to happen again and I want to see collective and urgent action by all those involved in managing flood risk to ensure that is the case,” said Mr Bradley.

“Yesterday evening SDLP Environment Minister Mark H Durkan triggered the emergency funding for households affected and they can access that £1000 from Newry and Mourne Council today.

“If lessons are not learned and actions not taken following this flooding then it will undoubtedly happen again.”

“I want to congratulate the minister for her prompt response, not only in ensuring that Rivers Agency and other bodies from her department were on hand to deal with the flooding immediately, but also for coming to Newry today to meet those affected at first hand.

“The prompt action from the minister in co-ordinating the response to this flooding no doubt prevented the floodwaters from damaging more properties.

“This stands in stark contrast to the actions of regional development minister Danny Kennedy, whose cutbacks and layoffs, particularly in relation to gully cleaning, contributed to the flooding and the subsequent damage to homes and businesses.

“If anyone is affected by flooding I would urge them to call the flooding incident helpline on 0300 2000 100.”