Volunteers help clear vegetation to bring tourism gem back into use 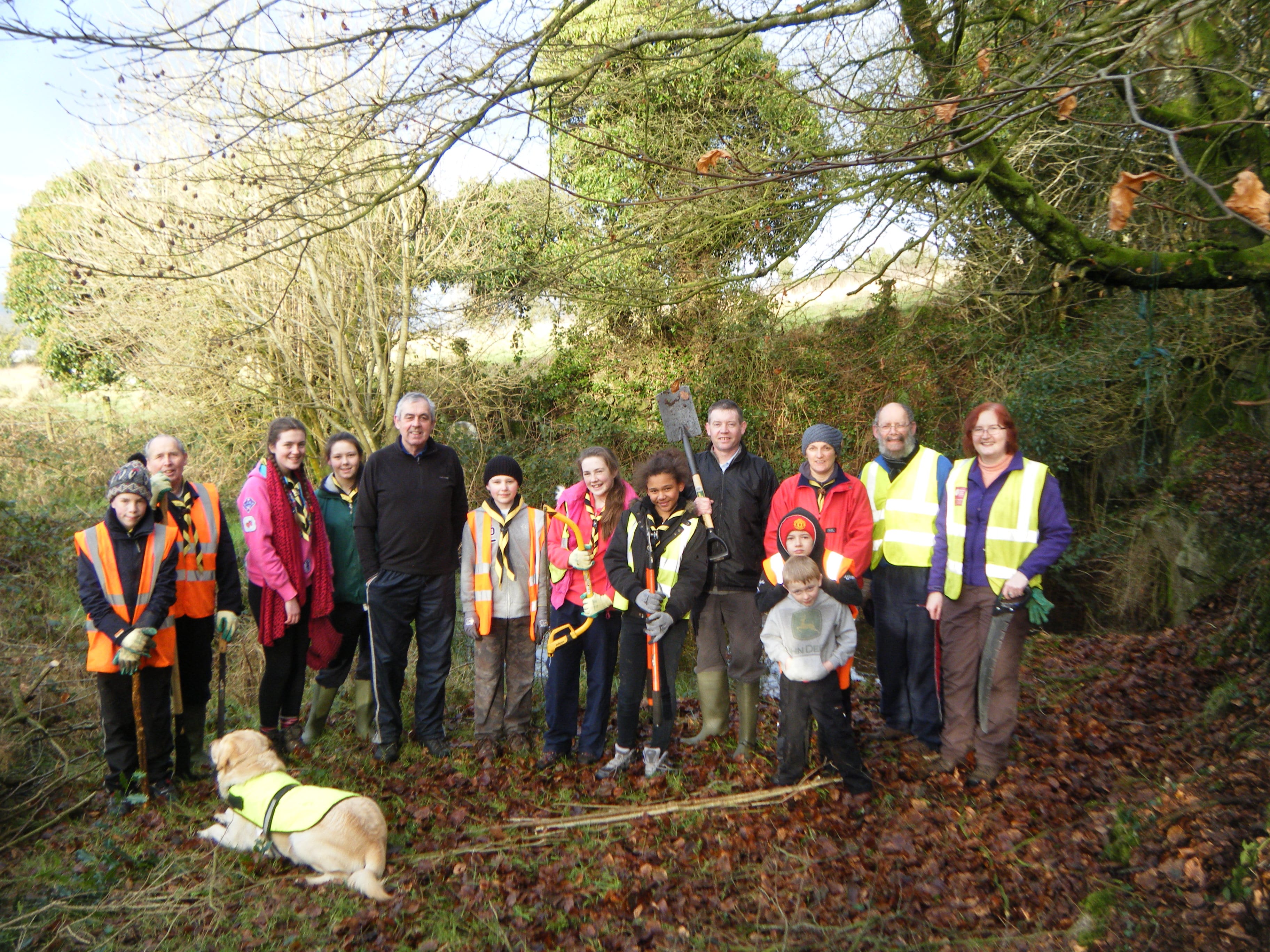 Well done to all the volunteers who gave their time to do their bit for a major Geotourism project in South Armagh.

Slieve Gullion Sinn Féin Councillor Mickey Larkin praised the efforts of all those involved in the clearance of vegetation from an area behind the Pastoral Centre in Jonesborough.

“Dozens of volunteers from Jonesborough were joined by others from Dromintee, Killeen, Crossmaglen and even Dublin to help with the Mourne Cooley Gullion Geotourism Project’s efforts to re-open pathways through a wooded area in the centre of the village,” he explained.

The local Scout Group and Community Association toiled with others to bring this hidden gem back into use for the residents of Jonesborough.

Almost two acres containing paths, picnic areas and a pond had been lost to 20 years of vegetation growth.

Councillor Larkin went on: “Although much progress was made it will take months to bring this oasis of calm to the condition it needs to be.

“A mountain of cuttings need to be chipped and recycled on site, a skip is needed and also probably a mini-digger to scrape the paths.

“That’s before we consider new picnic tables, fencing and stones.

“However I am confident that the resilience and ingenuity of South Armagh will ensure the success of this project.

“Keep an eye on social media for the next Volunteer day in Jonesborough and join us in enhancing facilities for our local communities and visitors alike.”

Photo; Sinn Féin Councillor Mickey Larkin pictured with some of the Geo-Conservation Volunteers.