90% struggling to make ends meet, 73% borrowing to get by, one-in-three forced to use foodbanks 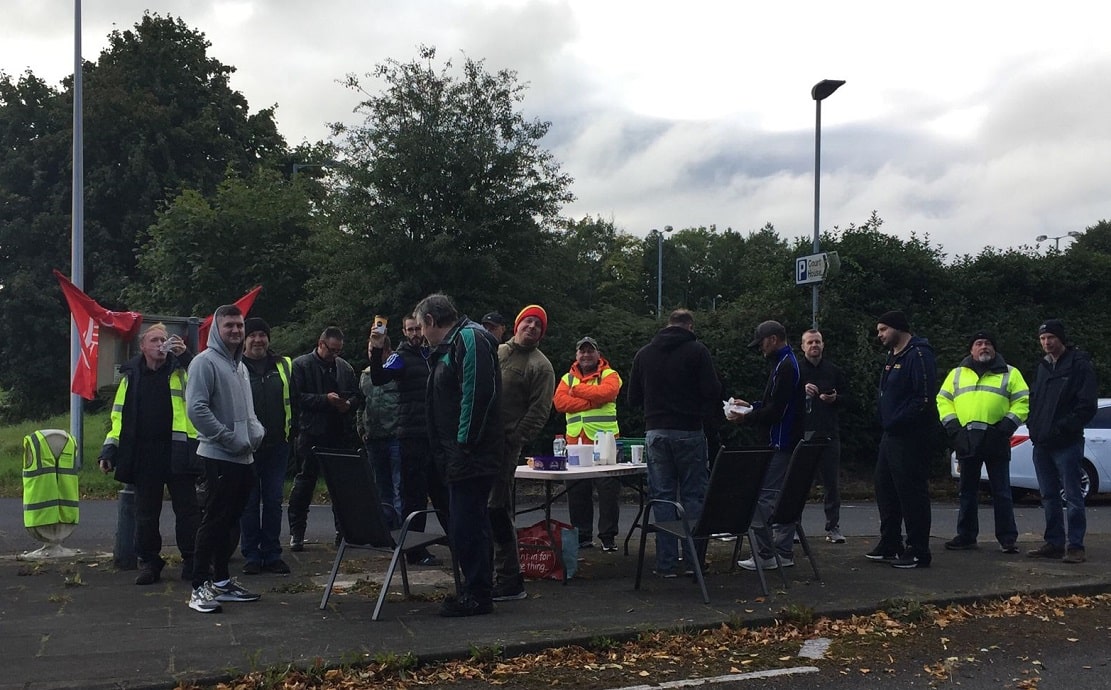 A Unite the union survey of its members working for the Northern Ireland Housing Executive has “exposed the scale of the financial pressures” bearing down on housing workers.

Many of the workers on the picket lines surveyed are skilled craft workers – carpenters, plumbers and plasterers – who, Unite say, could get much higher rates of pay elsewhere.

The failure of pay to keep pace with that elsewhere in the sector is resulting in an extensive staffing crisis, the union has claimed.

The workers are now into their eighth week of strike action and are seeking a pay increase above the meagre 1.75 percent offered by the National Joint Council for the 2021-2022 year.

Unite is seeking all housing workers to have two pay point increases and a lump sum in addition to the national pay offer.

The survey identified that a startling 95% of workers had suffered declining living standards, and that 96% worried either often or constantly about their household finances.

More than 90% experienced trouble making ends meet and 73% admitted that they had had to borrow to get by. Shockingly, 32% of these public sector workers had visited a foodbank in the last six months.

Michael Keenan, Unite regional officer, blasted senior management at both the Housing Executive and Department of Communities for their refusal to address the huge issue of in-work poverty among housing workers: “This survey confirms just how bad things are for housing executive workers who are now into their eighth week of strikes for pay increase. With one third of them now dependent on food banks, this confirms the scandalous impact of the failure to provide decent pay.”

Responses to the survey indicated that many housing workers were forced to take on second jobs or cut up wood to heat their houses. Many said that they couldn’t afford family days out or holidays.

Mr Keenan concluded: “Poverty pay is just not acceptable, especially from a public sector employer. The refusal of the Housing Executive Chief Executive Grania Long to make any offer at all and the total inaction of the Communities Minister Deirdre Hargey is shameful. They are responsible for this situation. They must move quickly to end the scandal of low pay and to end the huge impact that this strike is having on social housing tenants.”