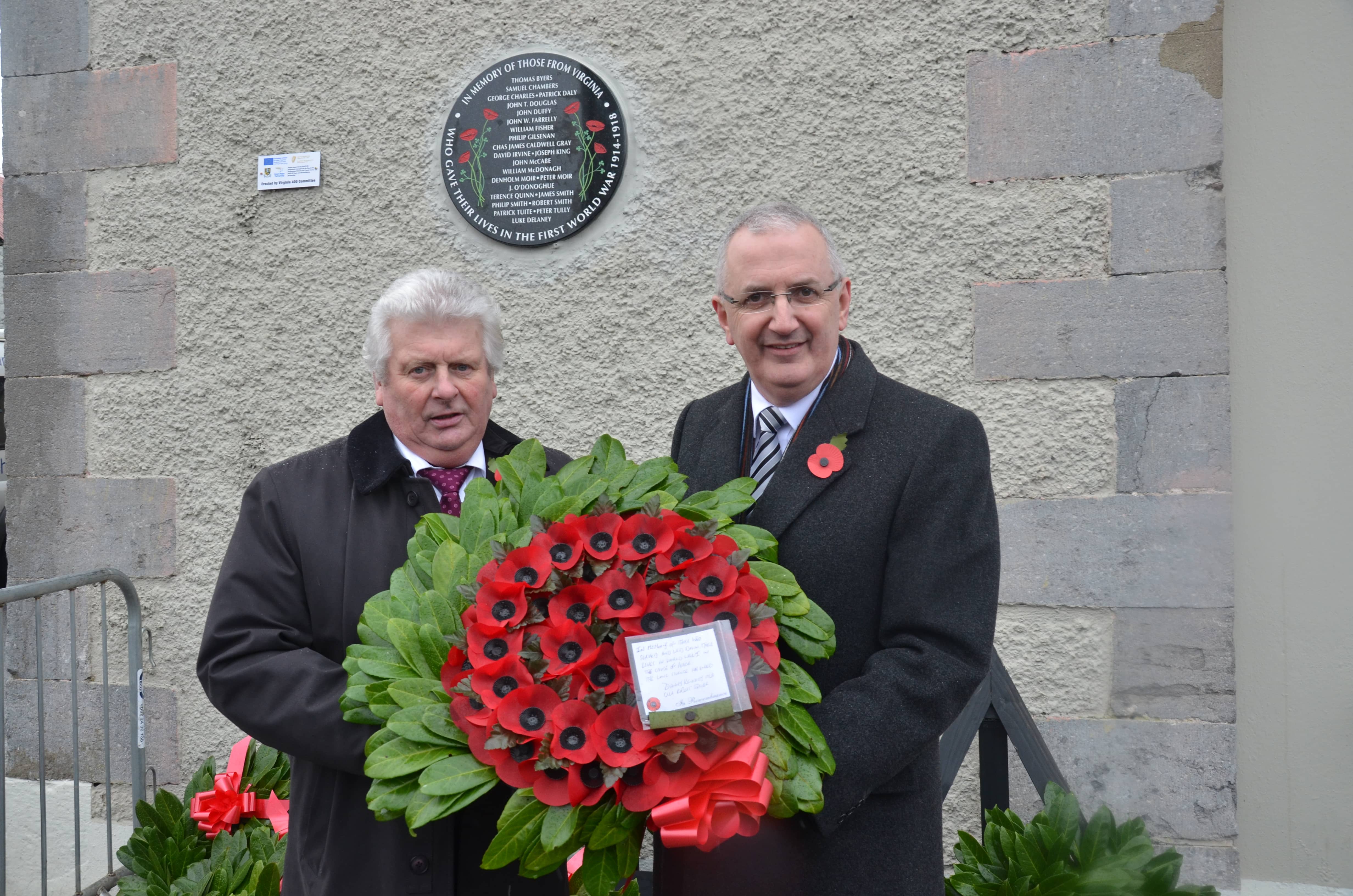 TWO County Armagh Ulster Unionists have hailed a “change in the political landscape” after travelling to Cavan to lay a wreath in memory of the Fallen of World War I.

Newry and Armagh MLA and Regional Development Minister Danny Kennedy was joined by Councillor Robert Turner for the historic ceremony at Virginia Courthouse.

They stood alongside officials of the Irish Government for a ceremony to commemorate soldiers from Virginia in County Cavan who had fought during the First World War.

Speaking afterwards, Mr Kennedy said: “It was a privilege to attend this ceremony on behalf of the Ulster Unionist Party, alongside Minister Jimmy Deenihan TD, Brendan Smith TD and Heather Humphries  TD.

“I welcome the fact that the full story of the shared history and sacrifice of the Great War is now being told and reclaimed throughout the island of Ireland.

“The long silent years are over thanks to changes in the political landscape on both sides of the Border and internationally.

“There is no doubt that the tremendous success of the Queen’s visit to the Republic generated a great deal of goodwill and this has led to the dawning of new opportunities to promote good relations.”