Two men caught in Armagh car park with £1,300 worth of cannabis 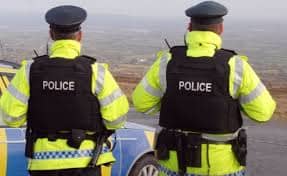 Police in Armagh have arrested two men and seized cannabis with an estimated street value of £1300.

Officers were conducting a foot patrol in the area of Lonsdale Road Carpark when they observed two males in a vehicle. Police approached and seized the cannabis during a search of the vehicle.

Constable Campbell, Armagh Response, said: “Following a number of complaints about antisocial behaviour in the Lonsdale Road area we have increased our patrols to deter and detect this activity. During one of our high visibility patrols we came across this vehicle and the two men.

“The two men have now been released on bail pending further enquiries and we hope this sends a clear message that criminal and antisocial behaviour will not be tolerated. Offenders can rest assured that they will face the full rigours of the law.

“Information from the public is key in helping us target our patrols and respond to criminal activity so I would ask the public to continue reporting suspicious activity in their local area.”

Police in Armagh can be contacted on the 101 non-emergency number or 999 in an emergency.

Hunt for man who approached child in driveway of their home