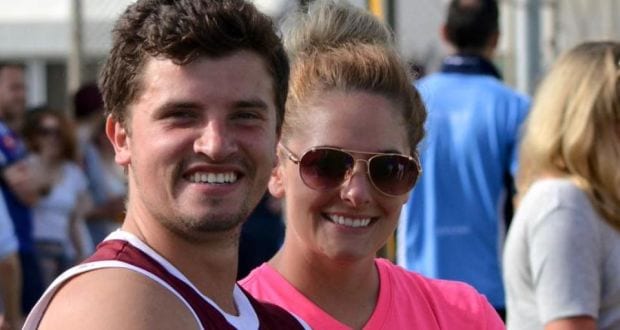 A young Newry man and his partner have died in an accident in Qatar.

They had been working as PE teachers in Doha but were killed in an accident during a day out.

Both had been affiliated to the Qatar GAA club.

He said:”Once again a dark shadow hangs over our city with the news of the tragic death of popular local lad Eamonn Morgan and his partner Charlotte.

“Our prayers are at this time with both sets of families and friends of the deceased as they try to come to terms with this terrible news.”

In a statement on the Qatar GAA Facebook page club chairman Peter Crowe described Mr Morgan as “an absolute gent, never to be seen without a smile on his face and the definition of a ‘character’ as we’d say back home”.

He paid tribute to Ms Sant as a “sweet girl, who took to a new sport with more enthusiasm than you could ever ask for”.

He added: “Eamonn and Charlotte were very much central to the community that is Qatar GAA, and it will be hard to imagine it without them. They will remain forever in our hearts and we are thinking of their family and friends back home.”

“For the Irish abroad, a GAA club can offer much more than the team – it offers a sense of community, a sense of family, a home away from home, and Qatar GAA is no different. It’s with a heavy heart that we mourn the loss of two of our members, two of our friends, two of our family.”

Independent Newry City councillor Kevin McAteer, who knew Eamonn personally, has also paid tribute to “a true gentleman that will be missed.”

He said: “I know the Morgan family very well and I have some fond memories of Eamonn and I know others do too as the recent social media comments on his death reflect his popularity. Let’s not forget about the family of Charlotte Sant who has also passed away. They were so young and full of life my thoughts and prayers with both families at this sad time, heaven has gained two angels may they rest in peace.”

Eamonn, a keen footballer, had played with a number of clubs in the UK. He and Charlotte met while at university in Liverpool.