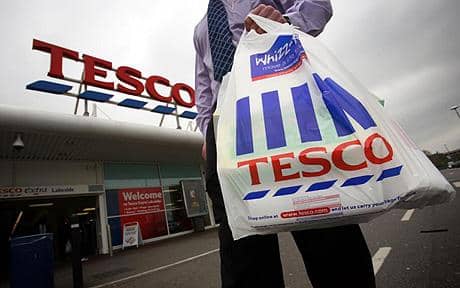 SUPERMARKET giant Tesco has given its first official confirmation that in the region of 250 new jobs will come to Armagh if all proceeds as planned with the opening of a new city store.

And it means that, with a number of other exciting development projects in the pipeline, more than 1,ooo positions could be created in the city centre over the next few years, with many more through the construction phase.

Tesco is currently going through the planning process to open a major multi-million pound store at the site of the former Fane Valley at Alexander Road in Armagh.

It will be a further welcome boost for the city, coupled with the planned expansion of Emerson’s supermarket, the £23 million Armagh Gaol project and the redevelopment of the former Department of Agriculture building on Mall West.

But it’s not all plain sailing just yet.

Traders had been up in arms, saying the the development would take business away from the city centre, a fear that was also expressed ahead of the creation of the Spires Retail Park, at Moy Road, some years back.

Armagh Council had asked for a retail impact study, after traders petitioned against Tesco, and, with that carried out, has since given its blessing for the store.

The planning application, which has already been resubmitted, proposes the erection of a food superstore, with associated car parking, landscaping and access at Alexander Road.

The massive site – which also comprises of three houses, 79,97 and 99 Railway Street – would have a total gross floor space of 4,624 square metres and would incorporate sales, offices, storage and ancillary facilities.

Tesco had previously tried to establish a store in the area of the Moy Road and Loughgall Road, a number of years ago, but it was withdrawn, amid concerns from traders.

The retailer has also faced similar opposition in other towns and cities across Northern Ireland and has been forced to abandon plans after public enquiries.

A plan by rival Asda to develop at the former Drumadd military barracks was also withdrawn two years ago.

Traders have voiced concerns that they will not be able to compete and trade will be taken away from the city centre itself, which could force some local family-owned businesses to go to the wall.

And last night (Thursday), a Portadown businessman also sounded a warning that traders there were suffering at the other end of the scale, with “too many” charity shops bringing too much competition.

He said that charity shops were trading rates-free and this was an unfair advantage against other businesses who were paying above the odds.

Do you agree? Tell us what you think!