Tesco site in Armagh to be divided into retail units 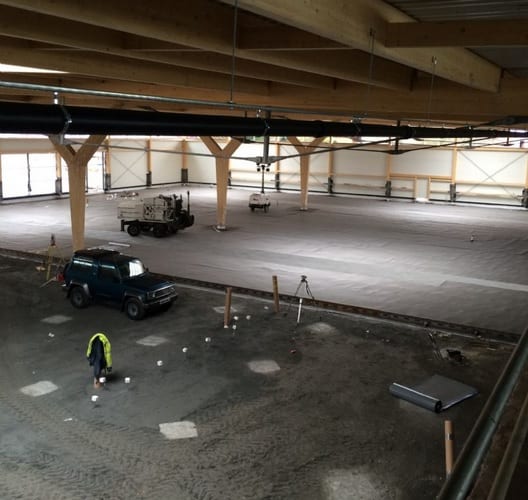 Armagh’s vacant Tesco store is to be divided up into four retail units and a drive-thru restaurant.

And the units are now being advertised ‘to let’ by leading property company DTZ McCombe Pierce.

The retail giant Tesco pulled the plug on plans to open a multi-million pound store in January and with it signalled the loss of a potential 250 jobs.

There has been much speculation since over what will happen to the premises, which are being constructed by Portadown firm Turkingtons, which was due to have over the keys to the development last week.

John Lewis has already rejected speculation that it might come on board.

As it stands none of the units have been let but it is understood that there has been some interest shown but nothing confirmed.

Certainly the availability of a drive-thru restaurant within the overall development would give growing hopes that a McDonalds might be poised to open locally.

Armagh I revealed last month that the fast food giant had Armagh on its wish list as one of 11 locations in Northern Ireland where it hoped to open.

In advertising the Alexander Road premises, under the title the Railway Retail Park, DTZ McCombe Pierce states: “The city has a population of approximately 20,000 people with a substantial district population of approximately 59,000 people including Richhill, Tandragee, Milford, Markethill, Middletown, Caledon, Killylea, Keady and stretching across the border to include Monaghan and Castleblaney.

“The development occupies a prime position on the outskirts of the city centre on Railway Street close to the Spires Retail Park where occupiers include Marks & Spencer, Iceland, Peacocks, Sportsworld, Heatons, Halfords, Tempest and Lidl.

“The development comprises a conversion of a purpose-built proposed Tesco store providing four units together with a drive-thru.”

It will now be hoped that the development can be let.

Tesco had written to Armagh council confirming it was not proceeding with plans to build in the city, saying it was “very sorry that we have not been able to deliver the investment that we intended”.

It did promise to do all that it could to help see the store being taken over.