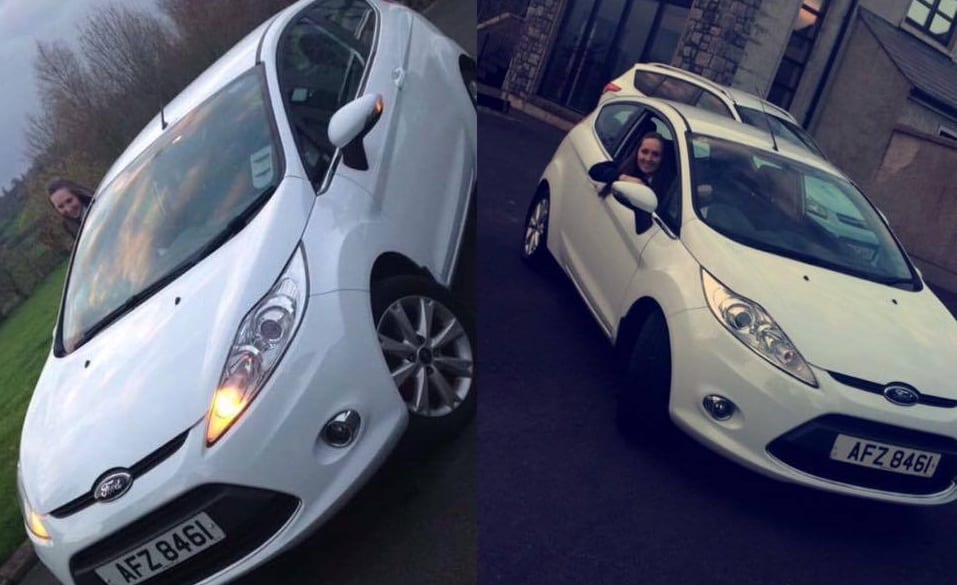 A teenage girl has been left very badly shaken after a gun was pointed in her face and four thugs made off with her brand new car.

Seventeen-year-old Chloe Hawthorne was home alone at Redrock when the terrifying ordeal unfolded at around 4.45pm today.

Chloe – who had only recently bought the car – told Armagh I : “Four men came into my house with a gun. I was the only one there and they kept shouting and pointing the gun in my face.

“They roared for me to get the keys and then made off in my car.

“Only two had half their faces covered.

“It was my first car, I bought it with my own money.

“I am so scared and shaken up.”

The white Ford Focus had the registration number AFZ 8461 when taken.

Another family member added: “The thieves put a stone through one of the patio doors and when she came to the door they pointed a gun in her face and demanded the keys of the car.

“She is distraught at the minute. Such a frightening experience.”

It is understood a car with a southern registration crashed into another vehicle just a few hundred metres away, just off the Redrock Road, just shortly before the robbery.

If anyone has seen the vehicle or has any information they should contact the PSNI in Armagh on the non-emergency number 101. Alternatively, information can be passed via the Crimestoppers charity on 0800 555 111.