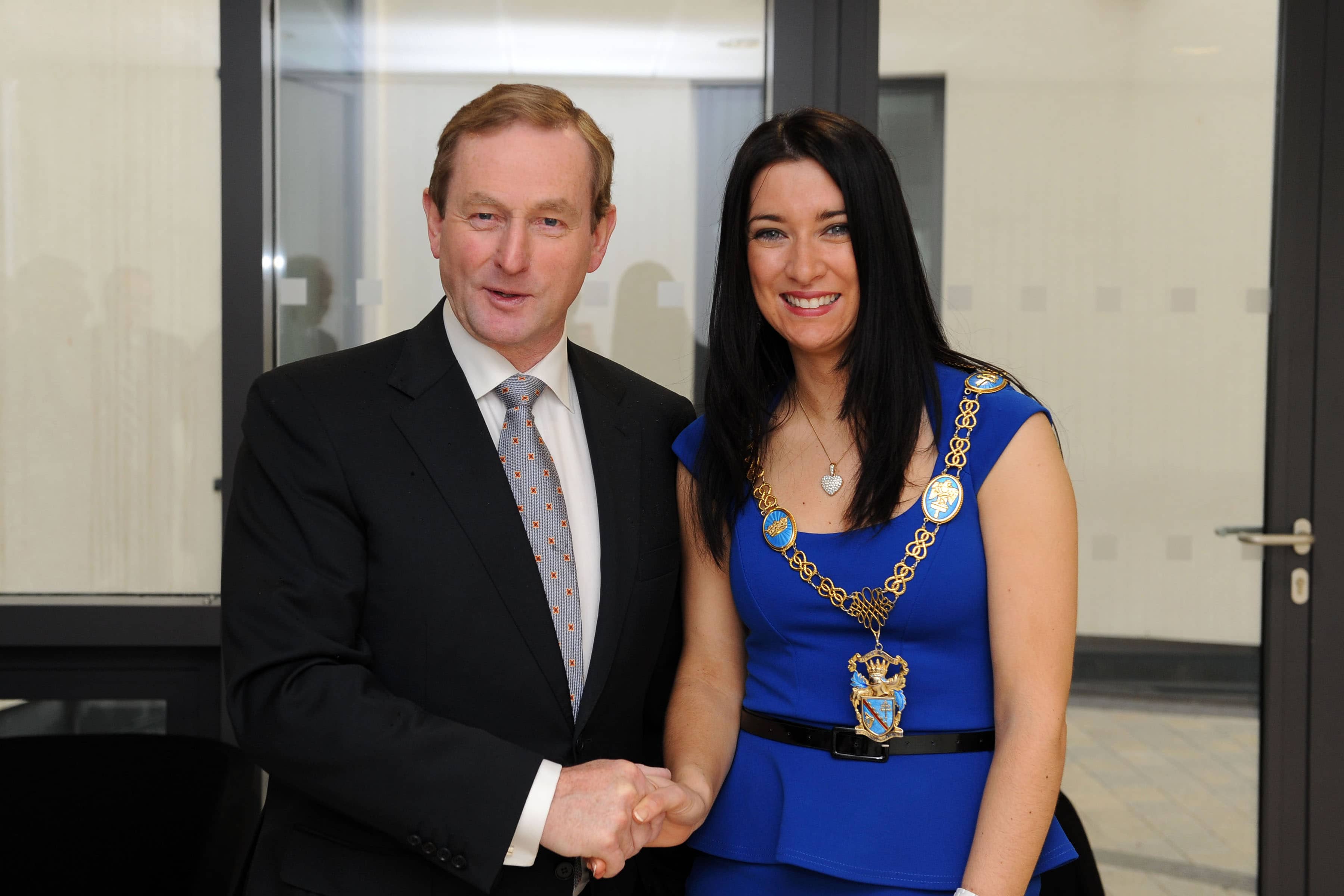 ARMAGH City will take centre stage this morning (Friday), when senior government officials from both sides of the border – including Taoiseach Enda Kenny and First Minister Peter Robinson – take part in a plenary session of the North-South Ministerial Council.

The three largest governing bodies for sport – Ulster GAA, IRFU (Ulster Branch) and the Irish FA – will host a special conference on ‘Sport and Reconciliation’ in the Market Place Theatre.

It is the first time a plenary session of the NSMC has been held in Armagh since last November, when the former and first Lord Mayor of Armagh, Councilllor Sharon Haughey-Grimley – who works with Ulster GAA – welcomed the Taoiseach to the city (pictured).

The conference is expected to put the spotlight on the positive role of sport in building peace and creating respect among our communities.

Just last month the First Minister praised the role of the GAA in peace building at a gala event.

In recent times, the three sporting bodies have been working closely on community development projects to use sport to break down barriers, in particular in Northern Ireland but also on a cross-border basis.

The governing bodies have established a close working relationship over the past few years that involves working together on a range of initiatives, most notably cross-community engagement.

This work will be showcased at the conference, which will also have a significant academic input, outlining the role that sport played in the peace process, as well as highlighting its ongoing significant contribution to the economy and community cohesion.

There will also be Ministerial input into the conference.

Ulster GAA Chief Executive Officer Dr Danny Murphy said: “It is timely that the three largest governing bodies of sport host a conference on the topic of reconciliation while Dr Richard Haass and the panel of parties are in negotiations to deal with some of the outstanding issues regarding the peace process.

“The three governing bodies have played a significant and important role in promoting respect and community cohesion and it is fitting that this conference is being hosted on the fringes of the NSMC plenary.”

Irish FA Chief Executive Officer Patrick Nelson said: “The conference is a wonderful opportunity for sport to showcase its social and economic impact, as well as its contribution to the wider peace process.”

“We believe passionately that sport can make a real difference to building peace, understanding and a better future for all. This conference is yet another important step in our progress and will spur us on to making even greater efforts.”