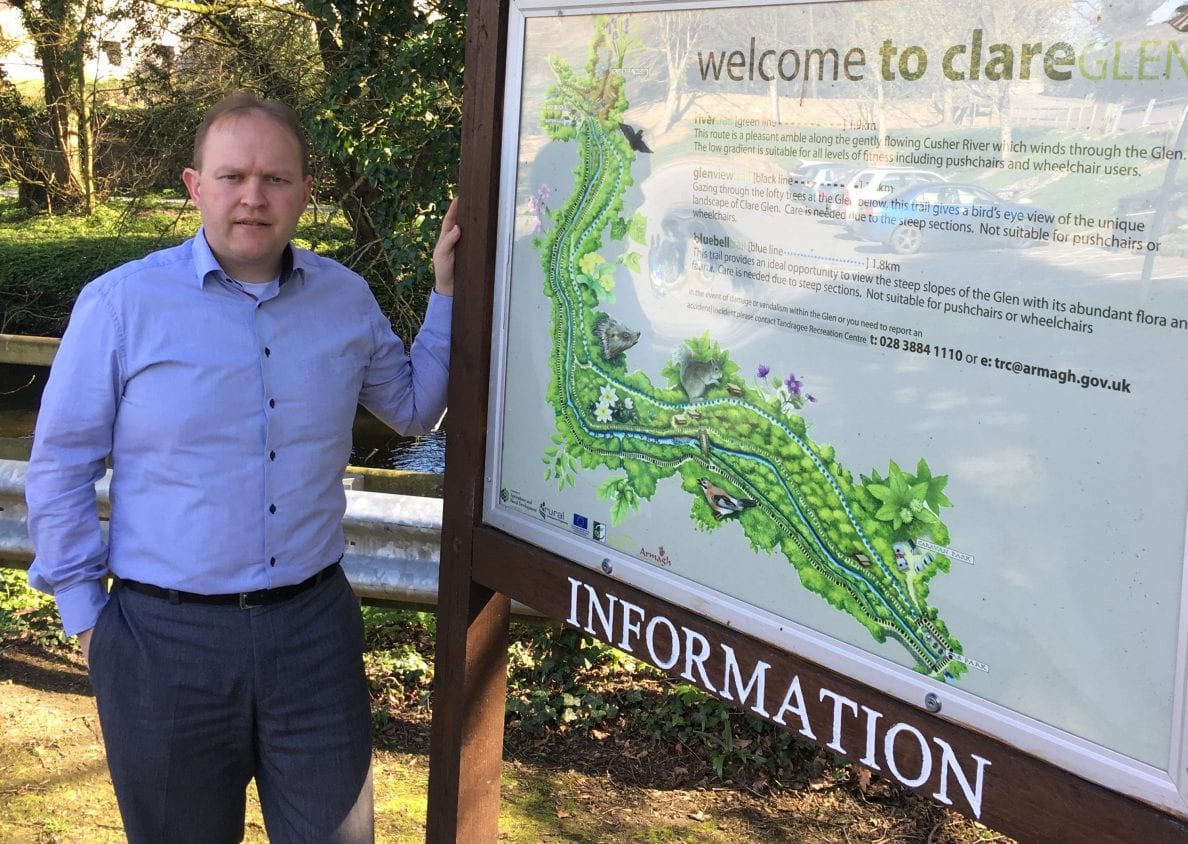 Fears that rat poison may have been deliberately laid at a Co Armagh beauty spot in a bid to kill dogs have been allayed by council chiefs.

Officials visited Clare Glen, on the outskirts of Tandragee, after reports two dogs had had to be put to sleep after being walked there by their owner on Monday.

A relative of the distraught owner who lost his pets said it had been believed rat poison had led to them having to be put down.

But the reports led to the dog warden scouring the scene – along with police – and no evidence has been found to substantiate the allegations.

A fingertip search was carried out after DUP Alderman Gareth Wilson intervened and insisted the matter be investigated.

He said: “I’m aware of some concerns over reports circulating that rat poison had been eaten by a dog ‘allegedly’ in Clare Glen.

“I raised this with council officials and have been in close communication with senior staff and I am informed that the area has been thoroughly checked with no traces of rat poison found.

“This issue will continue to be monitored and I would advise anyone with any concerns to contact council directly.”

A spokesperson for Armagh City, Banbridge and Craigavon Borough Council confirmed the matter had been looked into and there was no evidence of foul play.

They said: “In addition to this, the dog warden and PSNI officers walked the entire length of the Clare Glen pathways yesterday (Wednesday) and once again found no evidence of poison in the area.

“Council has not received any direct reports or correspondence from any dog owners alleging that they have been affected by this.

“Council would advise all dog owners to walk their dogs on leads with a maximum length of two metres, on any walk, to help ensure their dogs do not eat anything they shouldn’t.”