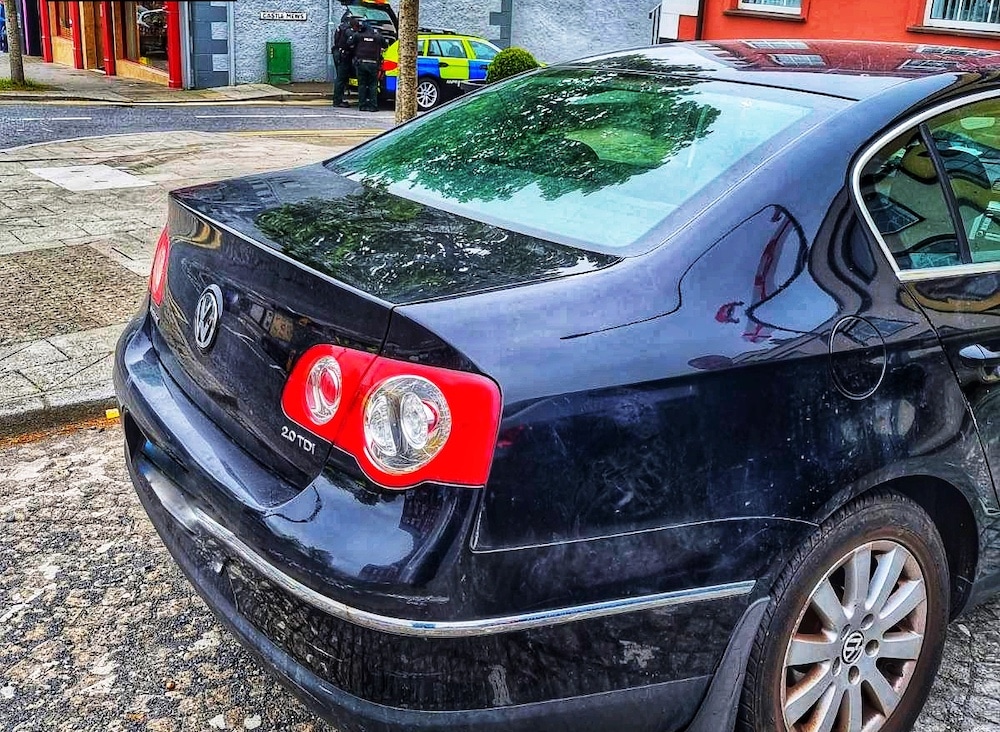 Two people have been arrested after a stolen car was stopped in Tandragee on Tuesday afternoon.

ANPR Interceptor Team officers stopped the navy Volkswagen Passat on Market Street, in the centre of the town.

The vehicle was showing on police systems as being stolen in the Republic of Ireland nine days previously, on May 8.

The driver was arrested on suspicion of handling property stolen in the Republic of Ireland, driving whilst disqualified and using a motor vehicle without insurance and has been charged to appear in Court.

The passenger was also arrested for three outstanding money warrants and was transferred to custody.

The vehicle was also seized.