It's enough to provide 728 hours of funded care and a delighted Tim has confided in Armagh I that they'll be doing it all again come December! 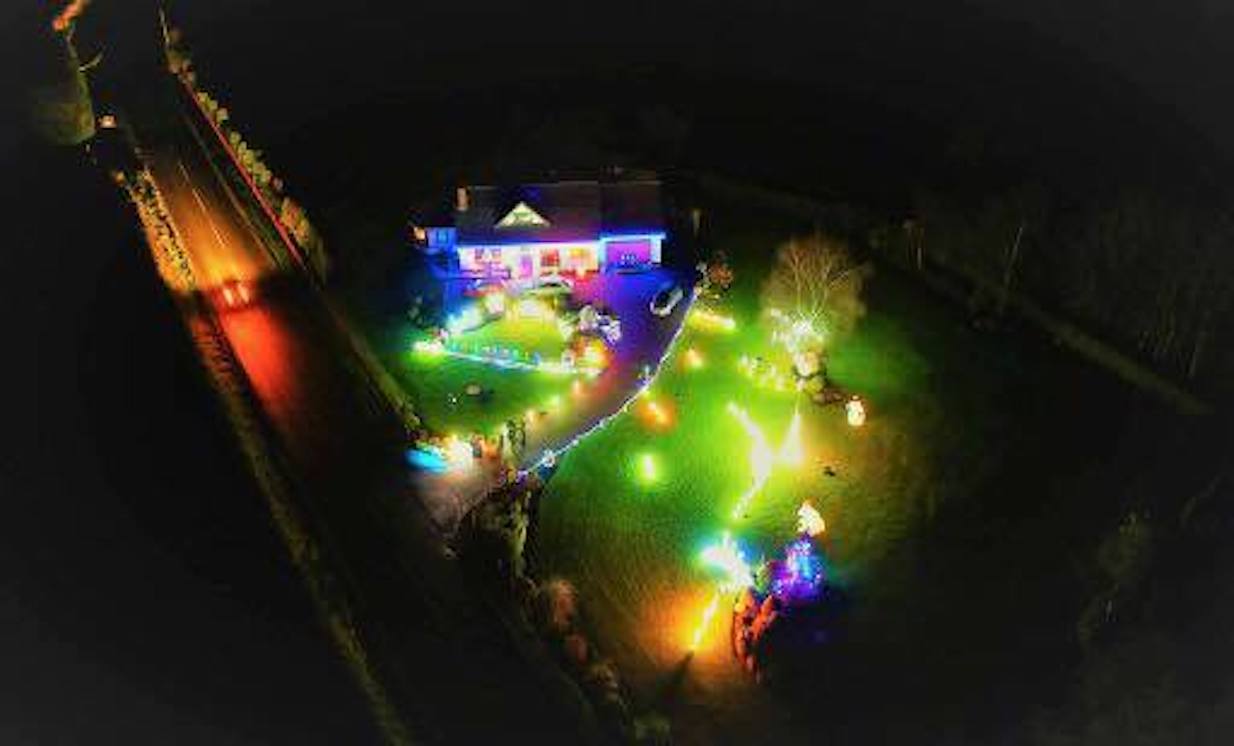 Christmas really is the season of giving and there’s no doubt about that as a charity Christmas lights fundraiser has enjoyed its best ever year!

Tim’s Lights – in Tandragee – is an incredible spectacle and voluntary donations this year from an appreciative public saw a fantastic £3,740.19p being raised.

Each year, Tim Hancock and dad Mark add more illuminations to the display in order to share the real meaning of the Christmas season, the birth of Jesus, while putting a smile on everyone’s faces and raising money for a well-known charity, which is very close to their hearts.

The money will be presented to Marie Curie Northern Ireland, through the Craigavon Fundraising Group, in the coming days.

The brilliant boost – which Tim chose to reveal this week on World Cancer Day – will be enough to provide 728 hours of funded care!

That’s the equivalent of a whole month of care paid for for a terminally ill family member or friend!

The 2019 takings now brings the total raised by the Hancocks since they began their charity light-up in 2014 to a stagging £14,562.

Needless to say Tim is truly delighted to be in a position to be able to donate such a huge sum to this worthwhile cause.

He told Armagh I : “It feels absolutely incredible to have helped the charity in such a fantastic way and to have had so many encounters to chat about the real meaning of the season.”

The Hancocks cannot thank everyone enough for their generosity and all those who helped and supported them in any way, including family, neighbours and local businesses, the PSNI, ABC Council and local media, among others.

So what of 2020? Are we ready to go again? And will there be any changes or surprises in store? We posed the all important questions…

“Will we be back next year? Absoluely!! Bring it on!

“Will there be new additions? Yes,” teased Tim. “Our pixel section and music sequences are getting a massive upgrade all being well!”

We’re sure it’ll be another wonderful show to support the work of Marie Curie when Christmas rolls round once again!