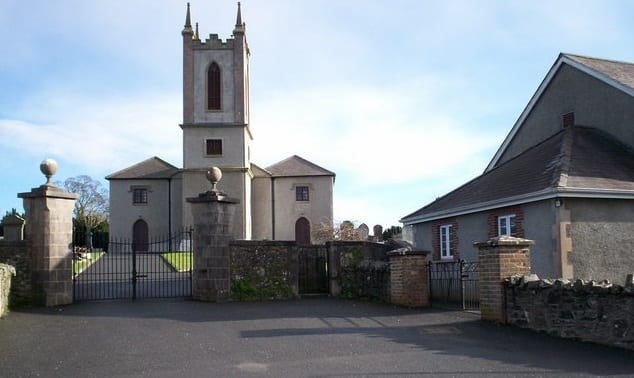 Thieves smashed their way into several cars parked outside a county Armagh church this evening.

It is unclear how many cars were targeted but the community has been left stunned by such a heinous act on church grounds.

Ulster Unionist Alderman Jim Speers, who lives directly across from the church, has called the act ‘despicable’.

He spoke of his disgust to Armagh I this evening, especially given the nature of the event.

Alderman Speers said: “I am totally disgusted at the low life thieves who broke into cars at Mullabrack Church, while a local primary school was holding its Christmas carol service. It is abhorrent that anyone could stoop so low.

“I have been in contact with the police to report this matter and also share the views and distress of the local community.

“This is an absolutely scandalous attack, and I urge anyone with information to report it to the PSNI.”

The Sinn Fein representative told Armagh I it was a “vile and dastardly act” and branded it an “attack on the entire community”.

Danny Kennedy MLA added: “I am very angry at the despicable actions of thieves who broke into vehicles parked outside St John’s Parish Church, Mullaghbrack during a Primary School Carol Service.

“The local community is rightly appalled by this sickening episode and my thoughts are with all those who have been directly impacted by disgraceful incident.

“It is my sincere hope that the individuals who perpetrated this shameful crime are brought to justice as soon as possible.”