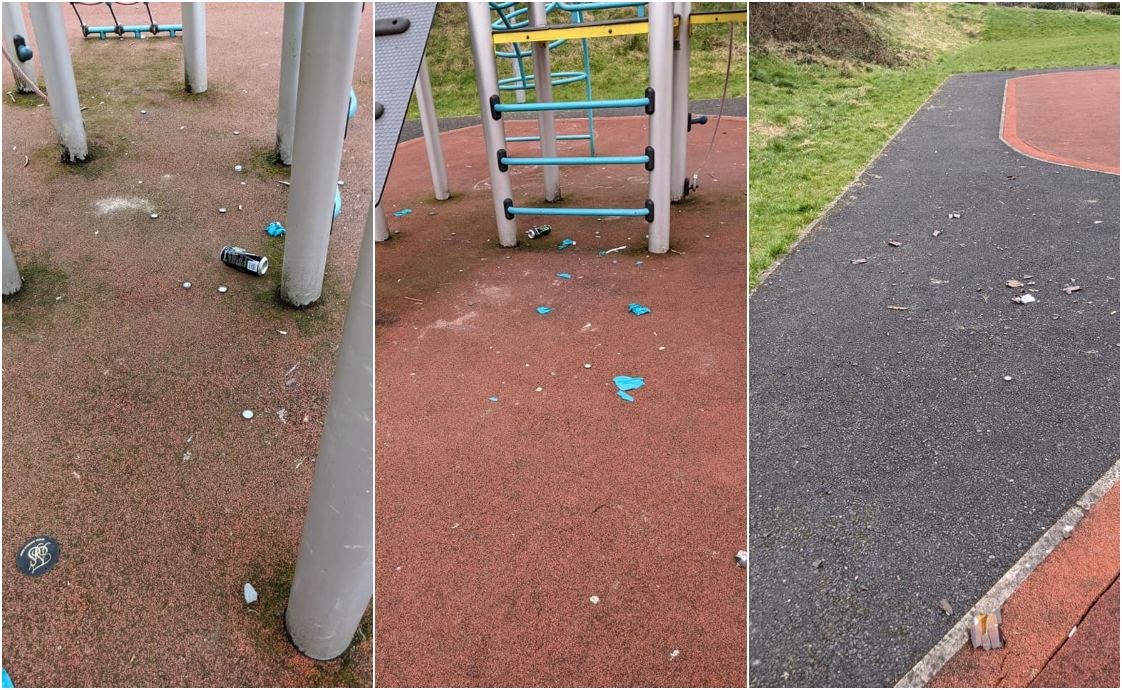 Cusher DUP representative Alderman Gareth Wilson has spoken of his concerns at the latest spate of complaints, stating the park is not “a drinking and drugs den” for youths.

Parents raised the issue with local councillors after again being greeted by scenes of unacceptable anti-social behaviour and a play park littered with broken glass and debris when taking their children to use the facility.

“This has sadly been a recurring theme and it is totally unacceptable that parents are feeling intimidated by the antisocial behaviour and are being put off from taking their young children to use this Council facility,” said Alderman Wilson.

“The level of vandalism and broken glass and the obvious risk this presents is also a huge concern for everyone.”

He added: “I have asked that a collective effort is employed to try and stamp out this problem and ensure that going forward the park is a welcoming and safe place for parents and children.

“I have raised this with both the Council and the PSNI again and I know that Recreation Centre staff have been working hard to keep on top of this problem, however it is very deflating to be greeted by the same vandalism and disrespect on such a regular basis.

“It is vital that this issue is resolved for the betterment of everyone and I urge the PSNI to provide additional help in this regard. This is children’s play area is not a drinking and drugs den and efforts must intensify to deal with this antisocial behaviour.”

Independent Unionist Councillor, Paul Berry, expressed his continued shock and annoyance at the anti-social behaviour of “a minority of youths”.

“Several weeks ago we had serious issues with underage drinking, drug misuse and general noise pollution but after police and council intervention this thankfully had stopped for quite a few weeks but sadly it has raised its ugly head again,” said Councillor Berry.

“Parents recently have contacted me after finding a total mess at the Park and witnessing a few youths drunk or on drugs and this is very concerning.

“I have requested a joint meeting again with Council and police to discuss further plans to try and address this serious issue. Thankfully a meeting has been provisionally agreed and I will be making the views of local clear.

“Parents also have a responsibility and it is not fair that Police, Council but most importantly kids are affected by the mess and dangers the anti social youths leave behind so enough is enough.

“We all must work together to try and resolve this issue and make the Play Park safer, cleaner and happier experience for the kids of the area.”