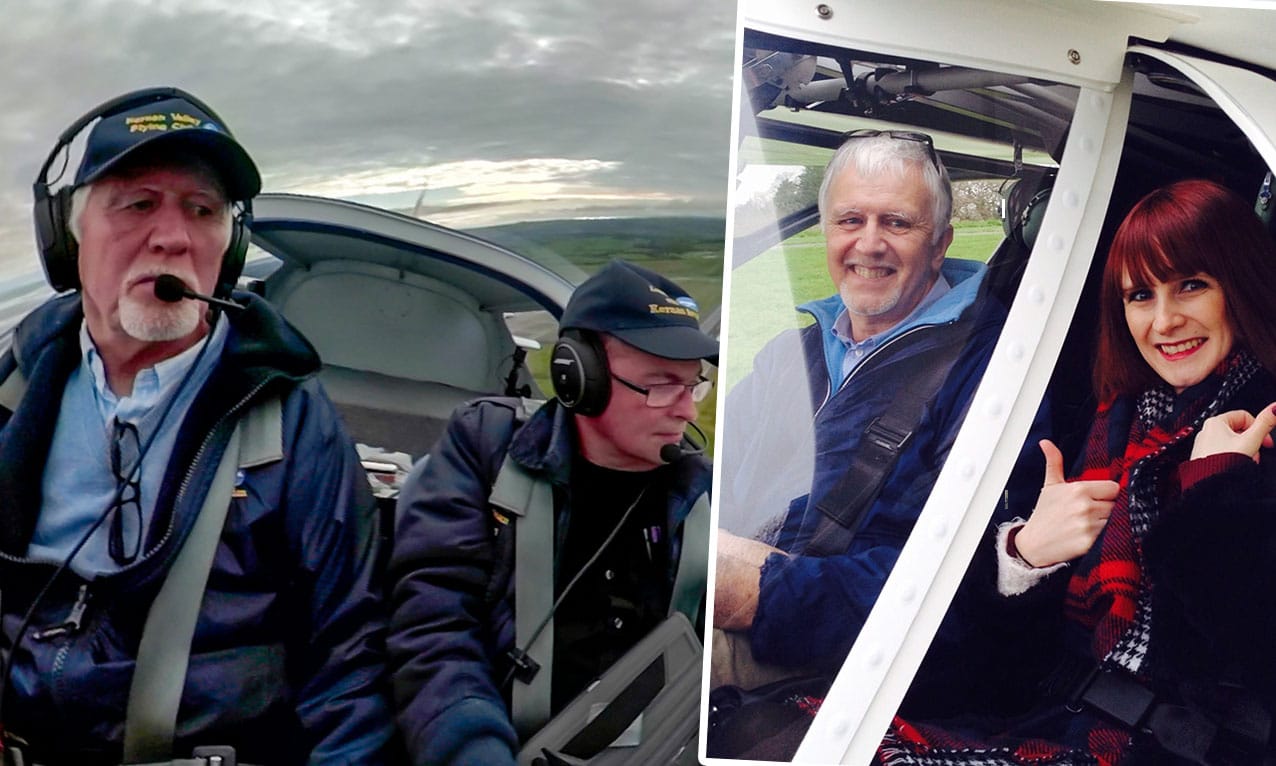 For over 80 years, Dublin airport has been a place of occasion and intrigue; a gateway to another land; a long-awaited return; a joyful reunion.

It’s been a source of many historic moments, from transatlantic flights to VIP arrivals: and so, it was on Sunday, October 11, 2020 Dublin Airport saw witness to another historic moment; a first in the annals of Irish Aviation, well, a first for a long time anyway!

At 9:03am, with little ceremony or audience, a set of wheels touched down on runway 28. Not arriving from distant lands, or with crowds of travellers, this small Sports Cruiser aircraft, a 2-seat aircraft weighing only 600kg, landed from Tandragee, County Armagh.

This was its first stop on an epic cross-border flight organised by an intrepid team in memory of a beloved daughter and friend.

Co Armagh man Raphael O’Carroll and friend Liam Lynch are no strangers to Irish records: in May 2017 they became the first people in Irish aviation history to land an aircraft in all 32 counties in the one day. Now, they have taken it one step further: landing in every commercial airport in Ireland, a feat that it is believed has never been done before; and one only possible due to downturn in air traffic due to the current Covid-19 pandemic.

This flight was a very special one: flown in memory of the pilot Raphael’s daughter, Christine, who sadly lost her battle with a brain tumour, aged just 31.

The flight was to raise funds in her memory, for the Christine O’Carroll Research Fund, helping to fund research into a cure for brain tumours, the leading cancer killer of young people under 40.

For the flight to take place on the day, it took months for a team of people to secure the necessary permissions, and because these aircraft fly by visual flight rules, there was a time delay waiting for a suitable weather window to allow this daring feat to happen.

Jaqui Lawerence works as an air traffic controller at Dublin but in her spare time, is a student of Raphael and Liam’s, learning to fly at their Microlight flight school at Kernan, Tandragee.

With her extensive experience in the Dublin tower, Jacqui, who’s more used to dealing with Jumbo jets, worked with Raphael to develop the flight plan, sequencing and permissions to bring a light sport aircraft onto the main runway at Dublin as part of this record – a feat itself!

On the day, Jacqui was working tirelessly in the background from long before they made their 8am took off: tracking progress, monitoring the handover between each ATC sector, and coordinating each subsequent sector for their arrival, such that they could have unimpeded passage through Irish Airspace.

On the day, the planning paid off, with their flight touching down first in Dublin, and subsequently routing around the coast via Waterford, Cork, and Kerry. After the briefest of Covid-secure fuel stops in Kerry (for which the team there generously dated all costs to the charity), they were back on their way to Shannon, Ireland West (Knock), Sligo, Donegal and Derry, before the home stretch via Belfast International and City airports.

With over 6 hours and 45 minutes in the air, and 6 months to plan, this really was an historic event, and one that could not have taken place without the current downturn in air traffic due to Covid-19.

Raphael, Liam, Jacqui, and their team would also like to sincerely thank the IAA team; CEO Peter Kearney, Darren Pollard and Neil Branagan for their support made it possible to undertake this project; Kevin Conheady, Dave Allen and airside operations at Dublin Airport Authority; the team at Kerry for their hospitality and generosity; all the controllers from North to South, East to West, who were so accommodating in assisting with the flight; and NATS Belfast for their professionalism and generosity.

A long-form version of this remarkable story can be found here.