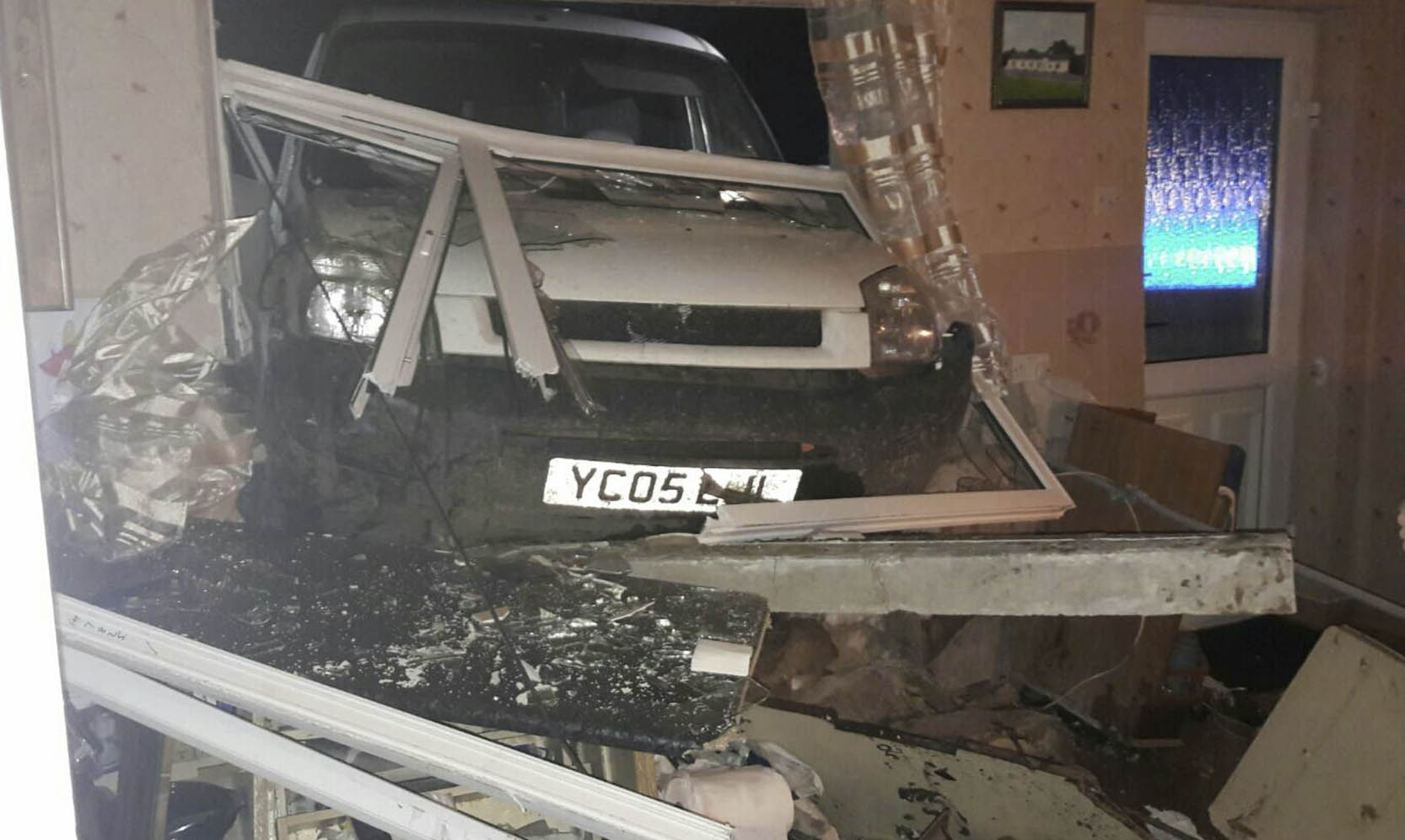 A Tandragee man has appeared in court after his van smashed through the wall of a pensioner’s home last month.

Thomas Carville, 27, of Tullyhugh Park, appeared before Armagh Magistrates’ this morning (Tuesday) charged with driving with excess alcohol in breath, failing to stop, failing to remain at the scene and failing to report damage.

On January 28, Annie Burrell, 73, was sitting at home on the Clare Road in Waringstown when a white Citreon Berlingo came flying through her kitchen wall, missing her by a matter of metres.

Police released images of the scene at the time which showed the crash scene, and the van firmly lodged off the ground and into the wall.

Ms Burrell was treated for shock and minor injuries to her head and arm caused by flying glass.

Carville made a brief first appearance before the courts this morning with his defence counsel stating that the former digger driver’s chances of future work “is in jeopardy” given the nature of the case.

District Judge Paul Copeland described it as a “serious incident” before granting him £250 bail to reappear at Craigavon Magistrates’ on March 21.