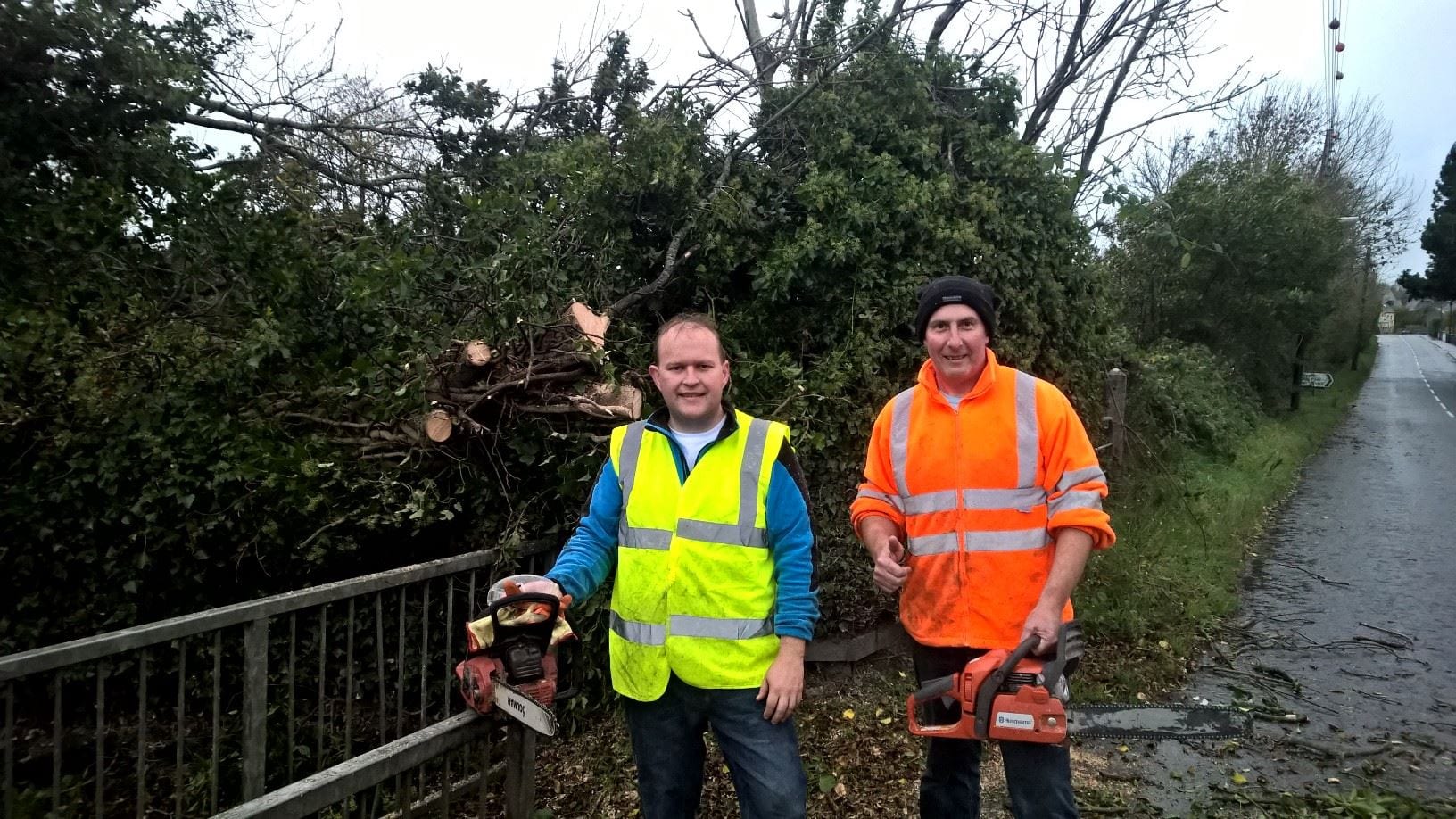 The Lord Mayor of Armagh, Banbridge and Craigavon Borough Council has replaced one set of ceremonial chains for a different sort of chain altogether.

Councillor Gareth Wilson suspended his usual duties today to get his hands dirty helping the community.

The remnants of Hurricane Ophelia battered the southern coast of Ireland before making its way up north to county Armagh – and it left its mark.

Trees were down all over the place, roads were closed and thousands were left without power; many of those homes remain without electricity tonight.

Schools will remain closed for a second day following advice from the Department of Education.

And this evening, the Lord Mayor donned the hi-vis vest and chainsaw to clear fallen trees near his hometown of Tandragee.

Posting on social media, Mr Wilson said: “Official engagements all cancelled today so a wee lull in the wind this evening allowed myself and my good friend Lavelle to open a couple of roads in Tandragee.

“Got calls about a tree blocking a pedestrian pathway used as a popular shortcut and also blocking one lane on Madden road. The other blocking a road close to Cusher Bridge.

“Thinking about all our various departments out tonight restoring power and dealing with massive trees – they are doing great work and we must give them time to get the job done in difficult conditions.”

Thumbs up to Emersons who offered to come and clear it.

Out with residents on the Ardmore road who had a lucky escape from this massive tree which fell inches from their home!!…