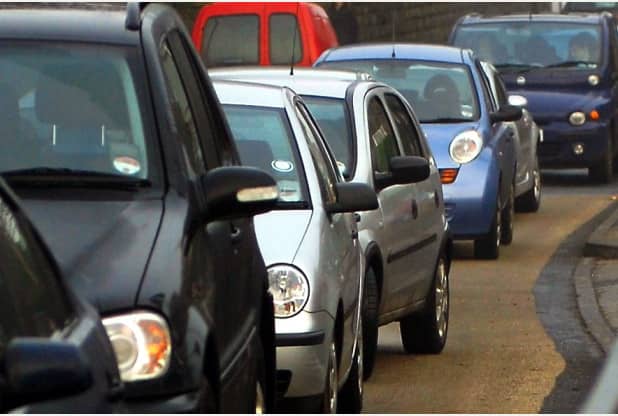 A new one-way traffic system to ease congestion in the area of Tandragee Primary School should be in place before the end of next March – if all goes according to plan.

And that reassurance has come straight from the top, with the Education Minister Peter Weir offering direct reassurances on the matter on the floor at Stormont.

He did so in response to a question from Newry and Armagh DUP MLA William Irwin.

The school sits on the Portadown Road and the plan is to develop land to the front for additional parking facilities and for the provision of the one-way system.

The school has grown in size in recent years and planning approval has also been given in recent times for a considerable extension.

Mr Irwin – highlighting the matter at Stormont this week – described it as an “important issue” which had been raised with the Education Authority.

He referred to the impact it was having on residents in the vicinity of the school and asked the Minister to outline any measures the EA was pursuing to alleviate the problem.

Minister Weir said while it was not a matter which directly affected the Department, he promised his officials “will monitor the situation to ensure that there is delivery”.

The Minister added: “The Education Authority has informed me that, following discussions with the school’s board of governors and Transport NI, a revised planning application was submitted on 27 September. One can never prejudge a planning application but, if it is accepted, the new revised scheme, once implemented, will ensure that adequate traffic management systems are in place and, hopefully, that congestion around Tandragee is alleviated.”

Pressed by Irwin for a timeframe, Mr Weir said he was not aware of particular concerns regarding the planning application and he understood it was “broadly acceptable” before it was readvertised.

The Minister added: “The direct involvement is with the Education Authority and it has informed me that, subject to its internal processes to make funding available and subject to planning permission being granted, it intends to have the works completed by the end of March 2017.

“We are talking about it being five months away, by the end of this financial year.

“It will certainly be in place for the next school year.”