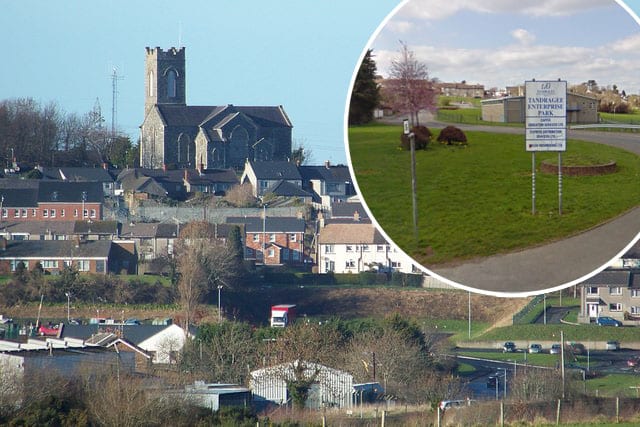 Major plans to reinvigorate a county Armagh town have been drawn up and handed to the ABC council for consideration.

In a second of three major reports into several towns and villages across the borough, proposals to stimulate Tandragee have been put forward as part of a dynamic master-plan.

And at the centre of the agenda is a new local enterprise park on the derelict site off Madden Road, as exclusively revealed by Armagh I last July.

One of the directors since the outset is the former Ulster Unionist Mayor of Armagh, Robert Turner.

He told Armagh I at the time that he was excited by the plans and what the new development will mean for Tandragee.

“The plan is to convert it into units – industrial units of various and manageable sizes – for starter businesses and others,” he explained.

“We hope to get a bit of grant aid and we wanted to have planning permission in place as that’s part of the essential criteria.”

Previous tenants in the area of the enterprise park – including a mushroom company and oil distributor – have moved to other locations.

“I have no doubt this will be a huge and welcome boost for Tandragee,” added Mr Turner.

There is also an outline for the provision of a new community hall, however, there is a question around the duplication of services if all plans are pursued.

The local Parish Hall is widely accepted as a community space and representatives have offered space to the local Scouts, along with other groups.

Adult education and a number of other services have been offered from the existing facility.

A partnership approach to provide services is also to be considered, particularly in the context of changing need and financial constraints.

The report states: “A business plan for the provision of a community centre on the site of the former municipal building located at Cornmarket Street has been submitted to the Council.

The advancement of this proposal would need to be considered in the context of the other existing buildings, which have the advantage of a positive starting point.

The idea of a ‘pop-up’ banking facility within the next 18 months has also been floated.

The report adds: “Commercial decisions by banks to close many branches located within rural towns have provided very challenging circumstances for business and personal customers. Exploratory discussions with local banks should be progressed in relation to a ‘pop-up’ banking facility within rural communities. Ballymore Parish Church has offered to assist this facility if provision was warranted by any local bank.”

There are also ambitions to modernise the town library, however, any decision would be in conjunction with Libraries NI and is not expected in the immediate future, with a timescale of “prior to 2021” cited.