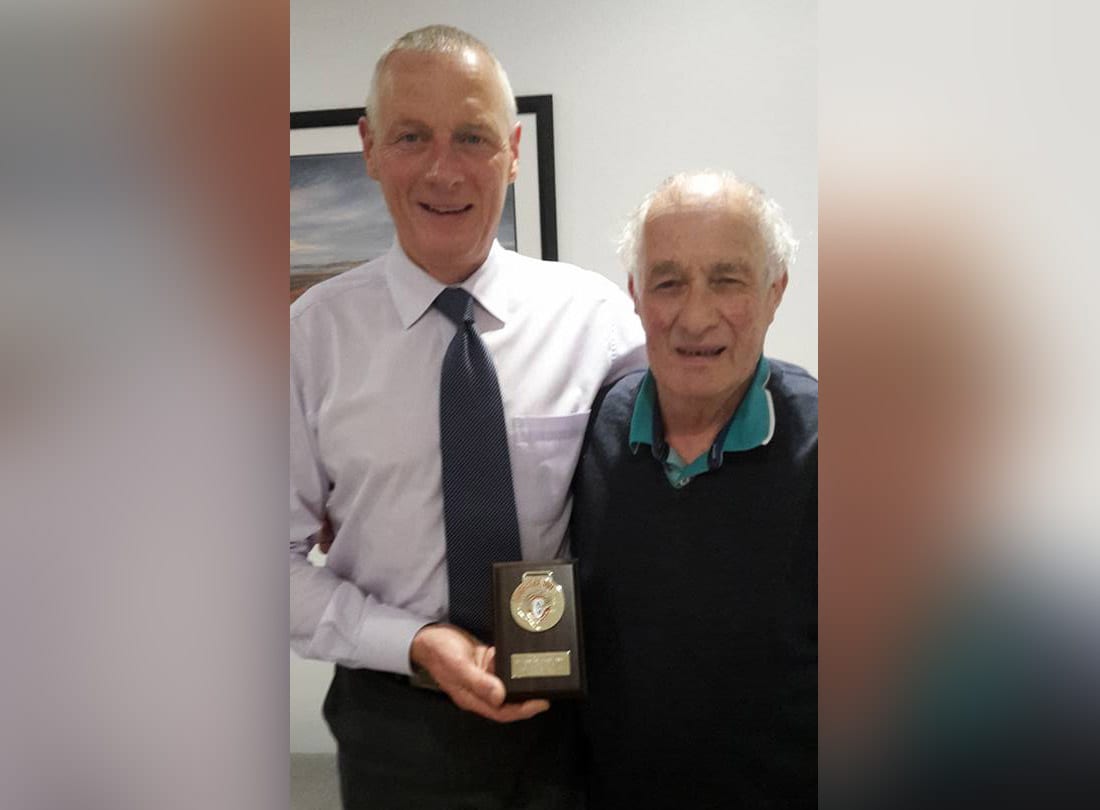 A county Armagh doctor has been honoured for three decades of loyal service to the Tandragee 100.

Fred MacSorley MBE was surprised by race organisers who wanted to show their appreciation to a flying doctor who has offered up his services for 30 years.

Mr MacSorley was recognised as Northern Ireland Doctor of the Year in 1999 before receiving his MBE in the 2011 Birthday Honours for services to Healthcare.

Anne Forsythe, Club Secretary, speaking to Armagh I, said: “Ian and I met Fred for a cuppa and a chat before surprising him with this token of our appreciation and a mark of the high-esteem he is held in because of his selfless, tireless dedication to the Tandragee 100 and the sport.”

She added: “Fred was instrumental in the early days of medical support at events and even devised the panniers with all the medical kit in that is now synonymous with the flying docs.

“He has trained and mentored numerous team members both in the Medical vans and on bikes. It was planned that the award would be presented at the event this year to Mark his last year on the bike as travelling doctor and emotionally the first year his son Allister, the talented paramedic, was on a bike at Tandragee.

“We are very proud of them both.”