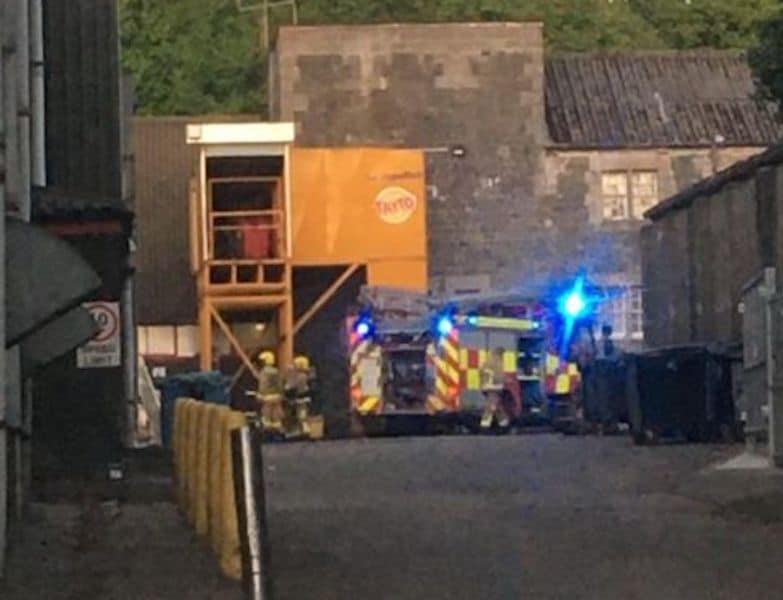 Fire crews worked with Tayto engineers to control an incident at the Tandragee Castle on Sunday.

Alarms rang out around the Co. Armagh town around 9pm as fire crews raced to the historic landmark and home of Tayto crisps.

A spokesperson for the Northern Ireland Fire and Rescue Service, speaking to Armagh I, confirmed the incident was accidental.

An appliance from Portadown and one from Banbridge attended the incident at 8.55pm.

It appears to have been caused by cooking oil leaking which in turned created a lot of smoke, which alerted the detectors.

No NIFRS equipment was required and firefighters worked with Tayto engineers to make sure the site was safe.

The cause of the incident is believed to have been accidental and it was dealt with by 10.25pm.

One on-looker told Armagh I he feared the worst. He said: “All I could hear were these alarms sounding – I couldn’t see a fire or much smoke at all but then came the fire engines blazing through the town.

“There were people out on the street wondering what on earth was going down. The fact it was the castle made it even more dramatic.

“Thankfully all seemed okay in the end.”