Twenty crews will dare to make the run this weekend 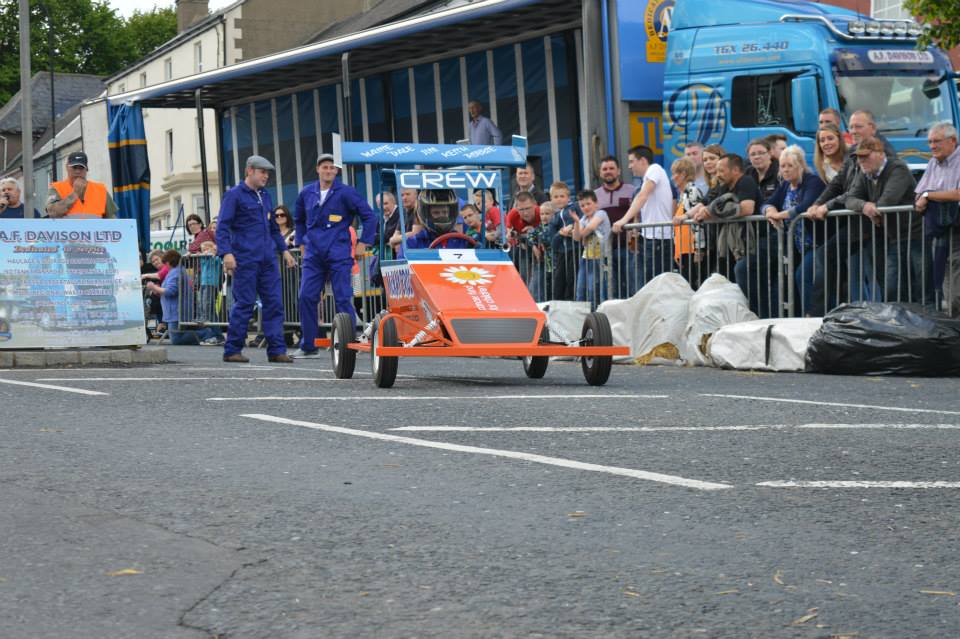 Competitors are making final preparations as they gear up for this weekend’s Tayto Tandragee Soapbox Derby.

One such crew of CampingNI members will be hoping to make it down in one piece as well as raising money for three vital charities.

The group are supporting Tiny Life (the premature baby charity for NI), Let’s Talk About Dementia and Autism Awareness – charities several members have relied on in one form or another in recent years.

The men will be hoping their aluminium kart withstands the battering it’s likely to take on the three-stage race which has been designed to test both the drivers and their machines to the limit.

Not only does the car have to be agile but strong enough to stand the test of this fast and demanding course.

To support these guys in their bid to raise £2,000 for their chosen charities, please visit their Crowd Funding page here.

Market Street will be closed from 5pm on Saturday evening, with racing expected to begin around 6pm. The road are expected to re-open around 10pm.

There is a full roster of competitors this year with 20 karts expected to take part.

Parking will be available in the Recreation Centre and Primary School with local traders remaining open throughout the evening.

There will also be ice-cream vendors as well as several chip vans to cater for one side of Market Street as barriers will be in place.